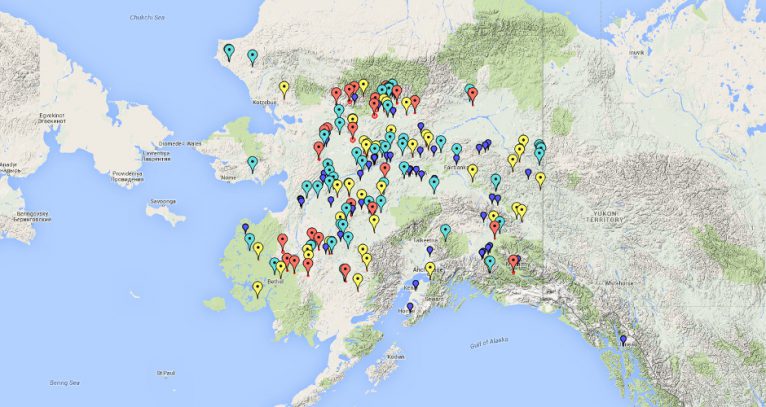 A researcher at the University of Alaska Fairbanks has created a map to help track Alaska’s many wildfires.

As of Tuesday, 502 fires have swept across Alaska, burning nearly 400,000 acres of land, according to the Alaska Interagency Coordination Center.

Human-caused fires account for more than half of the blazes, but those fires have burned less than 9,000 acres.

Lightning caused the remaining fires (except one, which has no cause listed), which have burned the vast majority of land — more than 384,000 acres.

So far, Alaska’s wildfire season hasn’t neared the intensity of last year, when 5 million acres had burned by the end of July.

A map created by UAF Geophysical Institute research assistant Christine Waigl is part of the university’s Arctic Region Supercomputing Center’s UAFSMOKE program, which is overseen by research associate professor Martin Stuefer. The map tracks the state’s fires, giving Alaskans an up-to-date look at the number, size and status of each.

The map updates once an hour during the day. The map’s data, which comes from the Alaska Interagency Coordination Center, trickles in throughout the day, Waigl said.