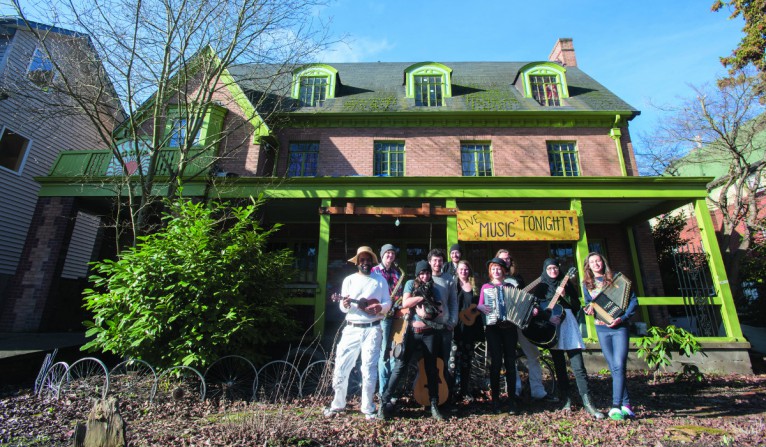 You can’t ask for more karmic justice than this. The anti-capitalist “Campbell Club” at the University of Oregon has racked up more than $17,000 in debt that it can’t pay. The club, better known for its wild hippie parties than its fundraising, is now trying desperately to raise funds by putting on benefit concerts and begging for donations.

The Daily Emerald (which is the University of Oregon’s independent student media organization) reports that the main reason for the debt is that the club is “reluctant to hire debt collectors” to go after those who don’t pay rent. That would be far too capitalistic, you see.

Just about any Duck can tell you something about the Campbell Club: about its hippies, about its parties, about the police raids that tend to bring them to a halt. Even if they don’t know it by name, they might have seen a towering, spooky-looking old building just off campus and wondered what goes on within its rickety walls.

Over the last few years, the Campbell Club has struggled with a high turnover rate. Though rent is cheap — between $300 and $400 depending on the room — members tend to move in, stay for a few months and move out, often without paying the owed rent, the source of the debt. The co-op’s lack of funds and “anti-capitalist” stance make it reluctant to hire debt collectors.

“Whether we like it or not, [we] live in a capitalist system and we are all affected by it,” said Wood, who currently serves as the Campbell Club’s house representative, membership coordinator and social coordinator. (Due to a lack of membership, many members have had to take on numerous positions.)

Do you feel any sympathy for the indebted anti-capitalists?  Maybe they’ll learn to be a little more realistic in their worldview. We can at least hope, right?