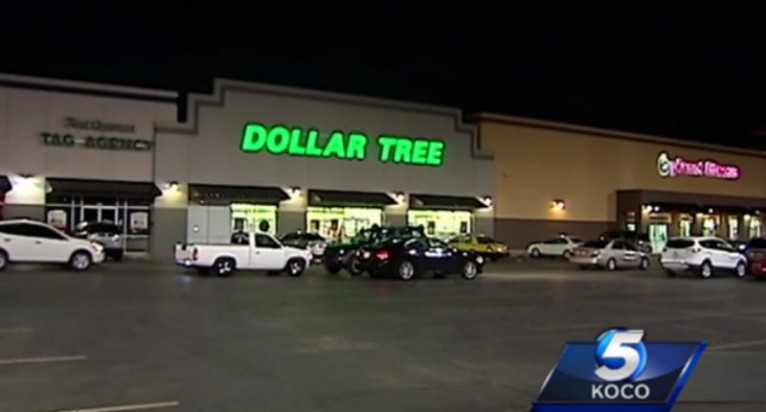 This article was written by James England and was originally posted HERE.

OKLAHOMA CITY, OKLAHOMA — A concealed carrier successfully thwarted the efforts of three men to rob her late at night outside a Dollar Tree. According to police reports from the scene, the woman was exiting the Dollar Tree and heading to her car when she was approached by a man and asked to walk with him. When she refused, he point-blank told her he was going to rob her of her purse.

At this point, according to KOCO, she was presented by two other men backing up the first. She withdrew her concealed carry pistol from her purse and threatened to use it to protect herself. All three men quickly exited and fled the scene.

Oklahoma police are obviously on the look-out but this is a clear example of it’s better to be prepared then to wait around for police to try to catch these criminals. Additionally, there is no way of knowing if her purse was their only objective. As such, it’s always better to stand up for yourself when possible — and flee whenever possible.

Being a concealed carrier, we take for granted the reality that when presented with a potential defensive gun use situation, we won’t necessarily have numbers or support from the community. This woman was on her own in the parking lot of a shopping plaza — and that’s a perfect place to get picked off by potential robbers.

This concealed carrier managed to successfully defend herself and her property without firing a shot. That’s the best we can ever hope for. And it’s a reminder to always keep your situational awareness with active scanning whenever exiting out into a shopping plaza.