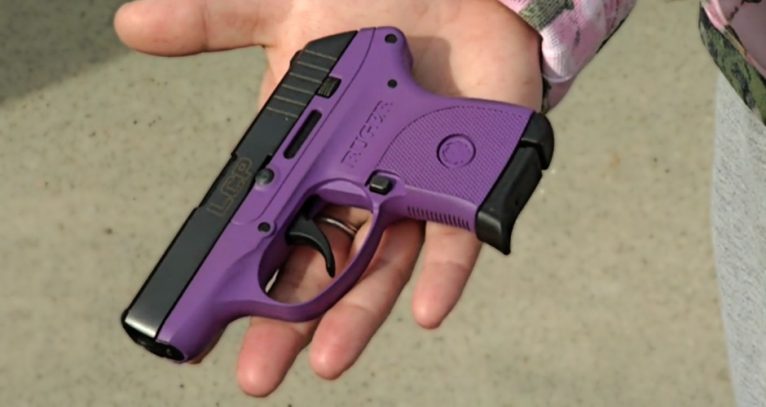 Concealed carry has likely saved another life after a Boise, Idaho, woman was able to defeat a violent, would-be carjacker who grabbed her by the hair and beat her in an attempt to steal her car.

A woman saved herself from a dangerous situation with her pistol kept in her car Monday.

“I couldn’t believe it, it was shock and fear,” said the unidentified woman.

It happened at the corner of west Kootenai and south Hilton streets. A woman just dropped off her 9-year-old daughter Monday morning around 7:30 a.m. She was driving alone when a man jumped out in front of her car. She slammed on the brakes and it stalled.

“He came to the driver’s side door of my car and opened it and demanded my keys and my purse and when I refused to give it to him he started hitting me in the head multiple times,” the woman said.

The would-be carjacker refused to give up.

“He got my face once, and my forehead once, and when that didn’t work he grabbed my hair and began pulling me out of my car and I finally said ‘OK, OK, that’s enough stop! I’ll give you my purse,” said the woman.

So he did. That’s when the woman got the upper hand.

“When I turned to give him my purse, I reached in my center console and I grabbed my gun and I pointed it at him, and it scared him off,” the woman said.

The woman says the man ran down an alley that leads to the back of a nearby Albertsons grocery store. He disappeared from sight. She can only wonder what might have happened if she didn’t have her pistol.

“He probably would’ve dragged me out of my car and kept beating me… I honestly don’t know if he would have stopped,” the woman said.

Click here to read the full story from KBOI.