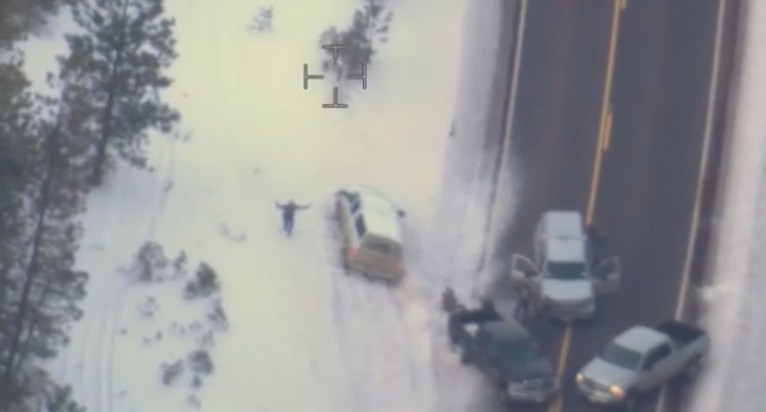 During an interview with investigators regarding the murder of LaVoy Finicum, an Oregon State Police (OSP) officer revealed that the ambush of the Bundy convoy was moved from its original planned location because it was feared the Grant County Sheriff wouldn’t sign off on the deadly assault that was being plotted against the protesters.

I knew going into it that there was a sheriff in Grant County that was supporting the movement or the ideology behind what [the occupiers] were pushing.

The members of the Bundy convoy were on their way to meet with Grant County Sheriff Glenn Palmer when the ambush occurred. The OSP officer further revealed that the FBI was concerned that residents of Grant County were not “friendly” to “enforcement actions” against the protesters at the Malheur National Wildlife Refuge.

I knew that there was a large amount of community members in Grant County that supported their beliefs … for a very simple way to put it, they were not friendly to law enforcement conducting any enforcement actions, and mainly the Federal Bureau of Investigation and federal agencies.

It is clear that the feds and their stooges understand the power of the county sheriff, and they are now taking tactical steps to avoid any obstacles a constitutional sheriff might put in their way. As the war on the West continues to escalate, the conflict between the federal occupation forces and county sheriffs who recognize their illegitimacy is only going to intensify.

Americans Don’t Know Who Washington D.C. is Named After! » « EPA demands $16M from Wyoming man who built a pond on his own property