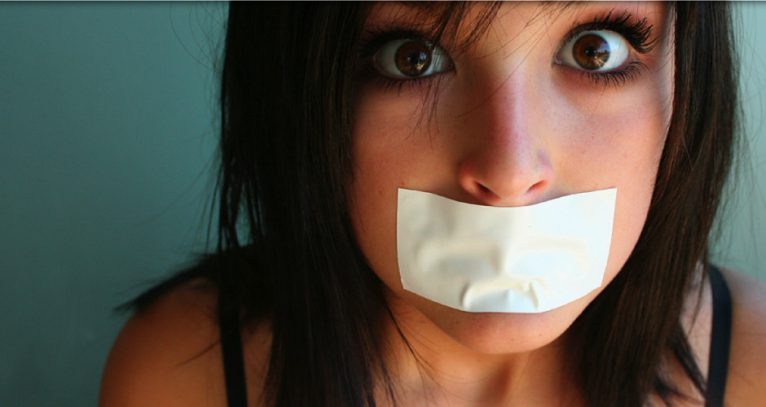 This article was written by Eugene Volokh and was originally published here.

On June 2, a 5-year old girl was allegedly sexually assaulted at a Twin Falls, Idaho, apartment building by three boys ages 7, 10 and 14. The exact nature of the sexual assault is unclear; but apparently the 7-year-old sexually touched the girl, and it seems that the 10- and 14-year-olds are being charged because they put the 7-year-old up to this. The boys may be Sudanese and Iraqi refugees resettled in Idaho; according to the Twin Falls Times-News (Nathan Brown), “Officials suspect the boys have been in the Unites States fewer than two years,” but “aren’t sure if the families are refugees.”

In the following weeks, rumors started flying on the Internet and in Twin Falls; as best I can tell, many of the rumors were false. The boys were misidentified as Syrian refugees, rather than potential Sudanese and Iraqi refugees. Though the crime is serious as it is, it was described as being much more serious, including as a gang-rape at knife-point, with the children’s fathers cheering the events after they happened. Apparently none of that is true.

The stories also claimed that Twin Falls authorities were covering up the attacks, presumably as in the reported European police cover-ups of sexual assaults by adult migrants from Islamic countries. This seems to have led to threatening emails and phone calls to local officials’ offices. As best I can tell from news accounts, there was no such cover-up, though many of the details of the investigation were indeed kept confidential because the attackers were juveniles.

Rightly, and unsurprisingly, Idaho officials are now trying to set the record straight, and calling for calm and accuracy — I certainly endorse that. But the Idaho federal prosecutor’s office has chimed in with something considerably beyond that (paragraph break and emphasis added):

The United States Attorney’s Office extends its support to the five-year-old victim of assault, and her family, at the Fawnbrook Apartments in Twin Falls. The United States Attorney’s Office further encourages community members in Twin Falls and throughout Idaho to remain calm and supportive, to pay close attention to the facts that have been released by law enforcement and the prosecuting attorney, and to avoid spreading false rumors and inaccuracies.

“Grant Loebs is an experienced prosecutor, and Chief Craig Kingsbury is an experienced law enforcement officer. They are moving fairly and thoughtfully in this case,” said Wendy J. Olson, U.S. Attorney for Idaho. “As Mr. Loebs and Chief Kingsbury informed the public, the subjects in this case are juveniles, ages 14, 10 and 7. The criminal justice system, whether at the state or federal level, requires that juveniles be afforded a specific process with significant restrictions on the information that can be released. The fact that the subjects are juveniles in no way lessens the harm to or impact on the victim and her family.

The spread of false information or inflammatory or threatening statements about the perpetrators or the crime itself reduces public safety and may violate federal law. We have seen time and again that the spread of falsehoods about refugees divides our communities. I urge all citizens and residents to allow Mr. Loebs and Chief Kingsbury and their teams to do their jobs.”

This, it seems to me, goes beyond calling for accuracy (and trying to deter threats, which are indeed criminally punishable). The prosecutor — a prosecutor backed by the might of the federal government — is not just condemning “threatening statements.” She is equally condemning “inflammatory” statements “about the perpetrators or the crime,” as well as “the spread of false information.”

There is no First Amendment exception for “inflammatory” statements; and even false statements about matters of public concern, the Supreme Court has repeatedly held, are an inevitable part of free debate. While deliberate lies about particular people may lead to criminal punishment in some states that have carefully crafted “criminal libel” statutes, that would be under state law, not federal law; and though Idaho still has an old criminal libel law, it is almost never used, and is likely unconstitutionally drafted given modern First Amendment standards. Moreover, honest mistakes on matters of public concern are often constitutionally protected, especially against criminal punishment.

The federal prosecutor surely knows how to speak carefully and precisely about what very limited sorts of speech she can prosecute. Yet she chose to equally threaten federal prosecution not just for the punishable true threats — or for the deliberate lies that may be punished under state but not federal law — but also for an unspecified range of “inflammatory … statements about the perpetrators or the crime itself,” as well as for “the spread of false information” (with no limitation on the spread of deliberate lies). It looks like an attempt to chill constitutionally protected speech through the threat of federal prosecution.

One way of thinking about this is to imagine that the political valences were different. Imagine that there was an allegation of an unnamed white police officer sexually assaulting a young girl, and imagine that there were stories — even highly inaccurate ones — circulating online accusing the police department of covering up the assault, which led to threats to local government officials. And imagine that a U.S. attorney in the Bush administration made a public statement saying, among other things, that “We have seen time and again that the spread of falsehoods about police officers divides our communities,” and that “The spread of false information or inflammatory or threatening statements about the police officer or the crime itself reduces public safety and may violate federal law.”

I take it that many people would rightly demand that, when calling for calm and accuracy, the U.S. attorney shouldn’t say things that threaten criminal prosecution for allegedly “inflammatory” or even “false” statements. The same, it seems to me, applies here.