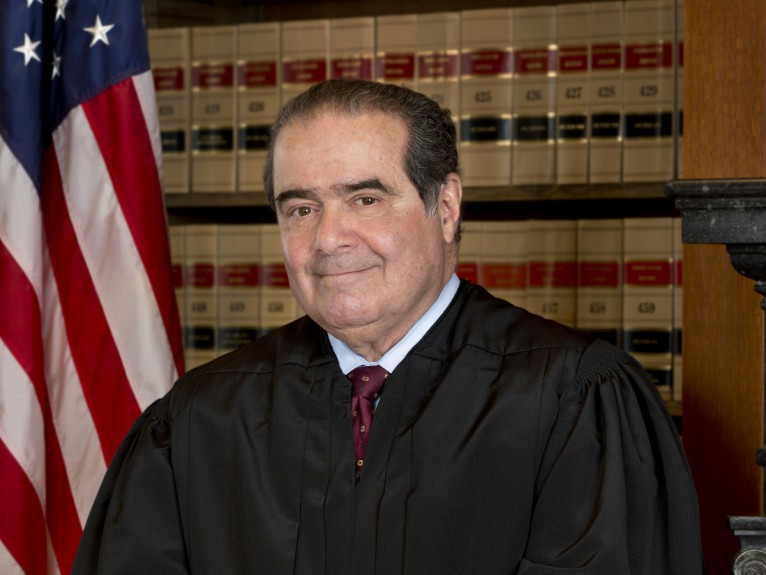 Conservatives and gun owners were dealt a significant blow with the news that U.S. Supreme Court Justice Antonin Scalia, arguably the Court’s most conservative justice, died unexpectedly in his sleep Friday night, while vacationing on a ranch in Texas. He was 79 years old.

Scalia will be remembered for many significant decisions (and biting dissents), but perhaps his most impactful was the 5-4 decision in District of Columbia v. Heller, which held that the Second Amendment protects the right of individuals to posses firearms at home.

Some conservatives, including presidential candidate Ted Cruz, are calling on the Senate to block Obama from appointing his replacement and to leave the seat vacant until after the 2016 presidential election.

Justice Scalia was an American hero. We owe it to him, & the Nation, for the Senate to ensure that the next President names his replacement.

CNN reports on the “major political fight” that is looming:

Scalia’s death in an election year sets up a titanic confirmation tussle over his successor on the bench. The already challenging task of getting a Democratic president’s nominee through a Republican-controlled Senate will made even more difficult as the fight over Scalia’s replacement will emerge as a dominant theme of an already wild presidential election.

Well-known liberals including Charles Manning, the “Senior Style Editor for Cosmopolitan.com,” have already responded to Scalia’s death with celebration and mockery.

The devil is back in Hell! Yay! https://t.co/TdrQGpDx5m

On the other side of the political spectrum, Damon Root over at Reason (who is not exactly Scalia’s biggest fan) says, “Whether you agreed with him or not, Antonin Scalia was a brilliant legal thinker who always earned your respect.”