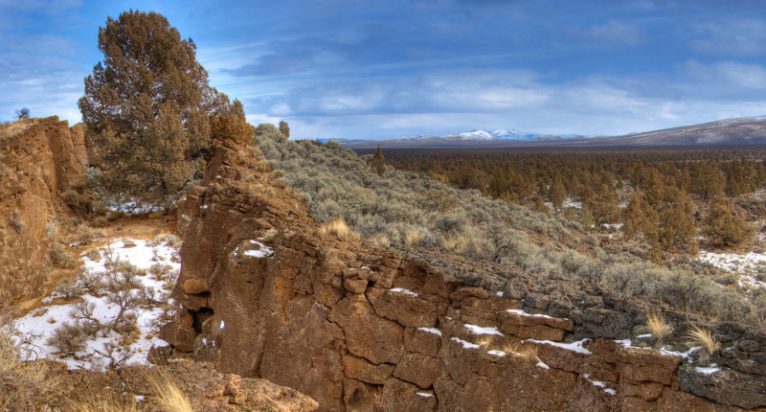 This article was written by Amanda Peacher and was originally posted here.

Counties across Oregon are turning toward a little-known federal policy as a means to have more say in how federal lands in their backyards are managed.

These counties are using “coordination,” an obscure provision in two federal environmental policy laws that require agencies to coordinate with local governments in land use planning.

“When you come to a planning table, you both have the same authority level,” Harvey said, noting that the eventual plan should align county and federal priorities. “You come up with a plan, and the plan is supposed to be consistent between the two ideas.”

Harvey spearheaded an effort to revise Baker County’s existing natural resource plan and invoke the process of coordination last fall. The revised plan emphasizes logging, grazing and mining as resource priorities. Baker, like many eastern Oregon counties, is made up of more than 50 percent federal lands.

Now some citizen groups are turning toward coordination to establish what they see as a local right to govern federal lands. At times, their message echoes the sentiments of the armed occupiers of the Malheur National Wildlife Refuge, who expressed frustration with federal government overreach and wanted to see local control of federal lands.

Some are fed up with forest fire management, and want to see increased timber harvest. Others are frustrated with the way federal agencies manage wild horses, or potential road closures on public lands.

Coordination As A Tool To Give Counties Voice

Baker and Malheur Counties already adopted natural resource plans under the coordination premise. Efforts are underway in at least four other counties to do the same. Their idea is that if local governments set out their priorities and vision for public lands, then federal agencies have to adjust management practices to align with their plan.

But some legal experts don’t agree that coordination puts counties on equal footing with the federal government.

“This idea that the government-to-government relationship that they’re calling for could give them special appeal rights, I don’t think that’s very likely,” said Michael Blumm, a professor at Lewis & Clark Law School. Blumm has taught public lands policy for 30 years.

“The BLM and the Forest Service do have to consider their plans,” Blumm said. “But government to government negotiations? That’s not in any law that I know of.”

The law that directs the Bureau of Land Management action on public lands, the Federal Land Policy Management Act, calls for the BLM to create land use plans “… to the extent consistent with the laws governing the administration of the public lands, coordinate the land use inventory, planning, and management activities […] with the land use planning and management programs […] of local governments…” The Forest Service policy also includes language about coordination with somewhat less direction.

In Crook County, a citizen effort to create a county natural resource plan came about in part as a result of frustrations with current management and collaborative efforts.

“We basically said we don’t want to play ball. People are saying enough is enough,” said Brett Nelson, one of the members of the political action committee working to create the plan. “There’s so much frustration with government overreach. The county plan gives us leverage.”

Craig Brookhart, leader of the Crook County Natural Resource Political Action Committee, said there are more than 400 people involved in crafting the plan, which he hopes to present to Crook County elected leaders later this month. He believes local citizens have the best ideas for how to manage public lands because they have a long-term vested interest in the land.

“The resources in Crook County are best managed by people in Crook County,” said Brookhart, who is also running for county judge. “Coordination is a tool to help us achieve the ultimate goal, which is managing our resources. It has to be used to achieve the objectives that are set out in the plan.”

But some environmental groups are uncomfortable with how counties and local groups explain coordination.

“I’m worried that people are overselling what coordination means,” said Pam Hardy, Central Oregon field coordinator with Oregon Wild. “It does not mean that the county gets to tell the Forest Service what to do. I think people are going to be disappointed when they figure out that they don’t get to rule the day, they get to sit at the table with everybody else.”

But Hardy added that she thinks it’s healthy for counties or any local groups to develop a vision for public land use. “I think it’s great that counties are thinking about what they’d like to see, and I think that will give them a more coherent voice in the conversation,” she said.

Baker County had a natural resource plan on the books for some time, but when Bill Harvey took office he led an effort to revise it and emphasize coordination. The plan includes statements ins support of the timber industry, opposes any new wilderness or wild and scenic river designations, and calls for all public roads to remain open, among other things. “The plan basically says that we have to use our natural resources,” Harvey said. He said it’s a starting point for federal agencies to understanding county priorities, but needs to be followed up with communication and meetings.

“You don’t just put the plan on shelf up here and and say, ‘You know what? Government agencies, we have a plan we want you to follow that,’” Harvey said. “That’s not how the process really works.”

The BLM’s directive from Congress is to manage public lands. “… in a manner that will protect the quality of scientific, scenic, historical, ecological, environmental air and atmospheric, water resource and archeological values. And where appropriate will preserve and protect certain public lands in their natural condition.”

“Those are very explicit requirements in our law that federal land managers need to follow,” said David Hayes, a visiting lecturer at the Stanford Law School. “If counties want to suggest alternative approaches, they’ve got to take into account what Congress has told these folks to do.”

Parts of Baker County’s plan that may not mesh with federal land management policy. Blumm, the Lewis & Clark professor, said he questioned the legality of at least 25 statements in Baker County’s natural resource plan.

Blumm pointed to the county’s policy on grazing as an example. It reads, in part, “federal and state agencies shall not encourage the relinquishment of, nor allow the retirement of, grazing permits on designated grazing lands. ”

Blumm said the county has no authority over grazing permits.

“If a grazing permittee wants to retire its grazing permit… the county can’t veto that,” he said. “The land manager isn’t going to pay attention that that. ”

Don Gonzalez, district manager for the BLM’s Vale district, said that the county’s priorities might be reflected in one of many management options but wouldn’t necessarily take precedence.

“When we evaluate our grazing permit renewals, we make sure that we address that in one of the alternatives,” Gonzalez said. “Just because the county has it in their plan though doesn’t mean environmentally where we should be.”

Counties may not be able to get exactly what they want from federal land managers through coordination, but Blumm believes it’s far more productive for citizens to be crafting plans than protesting the federal government through the kind of armed standoff Ammon Bundy led in Harney County.

“This planning process is much more therapeutic, even if it’s flawed,” Blumm said. “So I applaud that. If it increases communications and is thought of as a first in a series of plans that might get worked on over the years, then I think that’s good for everybody.”