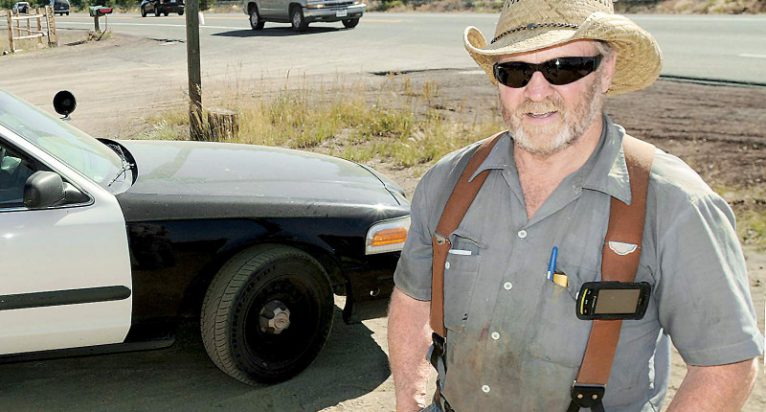 This article was written by Claire Withycombe and was originally posted here.

Kenneth Medenbach, 63, was found guilty by a federal jury in U.S. District Court in Eugene, according to U.S. Department of Justice Spokeswoman Gerri Badden. His trial lasted one day, according to federal court records.

Medenbach was the first person arrested in connection with the occupation of the federal wildlife refuge in Harney County this winter, though Monday’s conviction was unrelated to that case. In the 1990s, he had run-ins with the law for occupying federal land in northern Klamath County and in Washington state, according to Bulletin archives.

In the case resolved Monday, Medenbach sent a letter to the Bureau of Land Management in May 2015 stating he was going to occupy 320 acres of federal land in Josephine County, Badden wrote in a news release Tuesday.

“Medenbach erected a small cabin on public lands along a BLM road and refused to remove it despite repeated warnings by (the) BLM,” Badden wrote.

According to Badden, BLM regulations state a person cannot camp or occupy a single site for more than 14 days without authorization. He was later charged with unlawful occupation and illegal camping.

Medenbach is scheduled to be sentenced Aug. 1. According to Badden, he could face up to one year in prison and a $1,000 fine.

Nearly a month before the armed occupation of the Malheur National Wildlife Refuge concluded, Medenbach was arrested by Oregon State Police on suspicion of unauthorized use of a motor vehicle Jan. 15 after authorities recovered two U.S. Fish & Wildlife Service vehicles in Burns.

Federal court records show Medenbach was indicted Feb. 3 on two counts of conspiracy to impede officers of the United States and one count of theft of government property. That case is still pending.