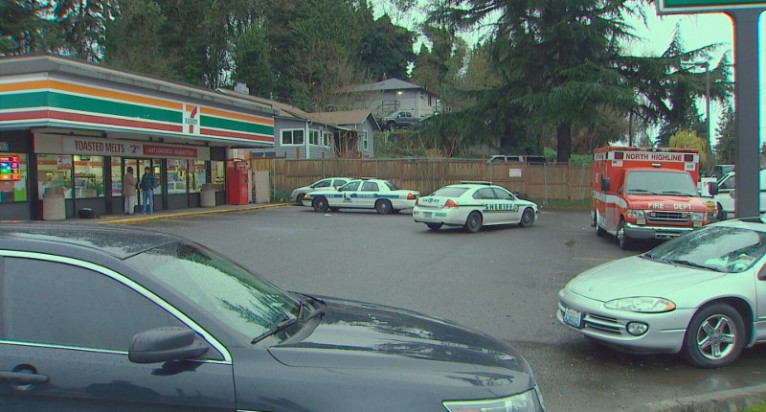 Need another reason to always carry your firearm? An armed customer at a 7-11 in Burien, Washington, shot and killed a hatchet-wielding man on Sunday morning.

It is being reported that a man wearing a mask came into the store brandishing a hatchet and began attacking customers and a clerk before the armed customer shot and killed the suspect.

The armed customer, a 60-year-old Seattle man, was a regular at the store who had a valid concealed handgun license.

King County Sheriff Sgt. Cindi West said ultimately the case will be forwarded to the prosecutors office for evaluation but the initial stages of this investigation show no wrongdoing.

How many more violent crimes might be stopped in their tracks if more armed citizens were around to put a stop to them? Thank goodness this armed customer was able to stop this crazed assailant before he took an innocent life.