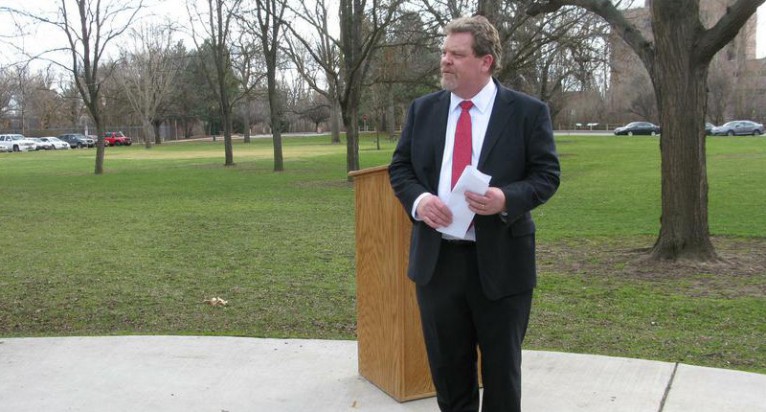 James Piotrowski, a Democrat and an attorney from Boise, says he will challenge incumbent Rep. Raul Labrador for Idaho’s first congressional district seat.

He is perhaps best known for representing health care providers when they sued the state of Idaho in an attempt to get paid more money from the Medicaid program. He and his clients lost the battle in front of the Supreme Court.

He has also endeavored to force private businesses to pay higher wages to employees.

Piotrowski has made opposing the transfer of federal public lands to the states the centerpiece of his young campaign. He said the issue “pushed me over the edge” to run and claims that the idea is “a threat to everything that makes Idaho great.”

Labrador, on the other hand, has been working in Congress to push for more local control of federal land.