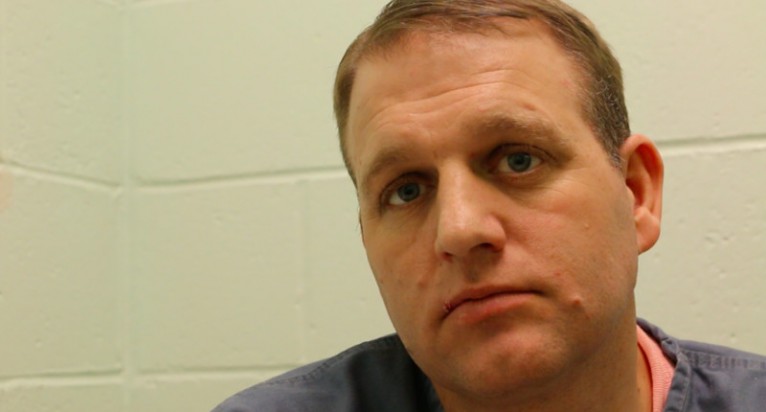 Dennis Michael Lynch recently visited Ammon Bundy in jail and wrote an article about it. The full interview he conducted will be available soon. The sad story of how a patriot and protester against the unconstitutional federal occupation of the West is now facing the very real possibility of spending the rest of his life behind bars will break your heart.

Ammon Bundy and I met today in a small cinder block prison room no bigger than a small bathroom found in a small cape-style home. We sat on plastic chairs positioned across from each other at a plastic table. We were allowed to shake hands when saying hello. When we grabbed hands he said, “When my wife comes to visit I am not permitted to touch her hand.” Instantly, my heart felt heavy.

Ammon looked thin, clean shaven, and his hair was parted perfectly. He was dressed in what looks like hospital scrubs, and although he was happy to see a fresh face (mine), there was a constant heaviness in his eyes.

I started by asking some basic questions, but it didn’t take more than 5-minutes for him to cry. The emotions were brought on by me saying, “Hey, before we go on — I don’t want to forget — your wife sent me a text message today. She wants me to tell you she loves you to pieces.”

While he spoke to me about his wife and kids, all I could do was think about how terrible I felt during the 20-minutes at Alcatraz. “Ammon you must be dying inside?” He responded, “They try to break you in here — they want you to quit.”

The war being waged against the West has very real casualties. Some are murdered like LaVoy Finicum and others like Ammon Bundy, his brother Ryan, his father Cliven, and many others are languishing in government cages while the federal enforcers who killed LaVoy remain free and unindicted.

Part 1 of John Stossel’s Libertarian Party Debate airs tonight » « The BLM versus the Ranchers, Fifteen facts you should know