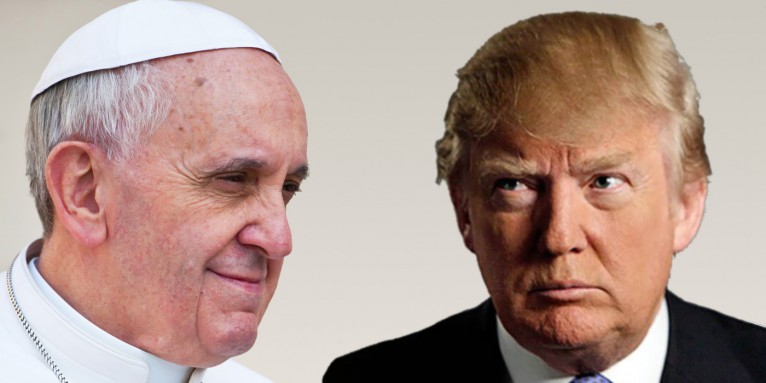 Donald Trump has a way of getting under people’s skin, but his latest critic is surprising. Pope Francis has weighed into the US presidential election by declaring that Donald Trump is “not Christian” because he wants to build a wall along the US-Mexico border.

“A person who thinks only about building walls, wherever they may be, and not building bridges, is not Christian.”

Trump responded by suggesting that unguarded borders might allow ISIS to attack the Vatican.

“If and when the Vatican is attacked,the pope would only wish and have prayed that Donald Trump would have been elected president.”

Trump challenged the Pope’s understanding of the situation, and suggested that the Mexican government may have been behind the Pope’s remarks.

I don’t think he understands the danger of the open border that we have with Mexico. I think Mexico got him to do it because they want to keep the border just the way it is. They’re making a fortune, and we’re losing.

Trump also lashed out at his faith being challenged.

“For a religious leader to question a person’s faith is disgraceful. I am proud to be a Christian, and as president I will not allow Christianity to be consistently attacked and weakened.”

What are your thoughts on this controversy? Who is correct, Donald Trump or Pope Francis? Are strict immigration controls anti-Christian? Should the Pope even be making such remarks on American politics?

UPDATE: It has been pointed out that Vatican City itself is surrounded by a large wall, and that obtaining citizenship or permanent residency there is nearly impossible. 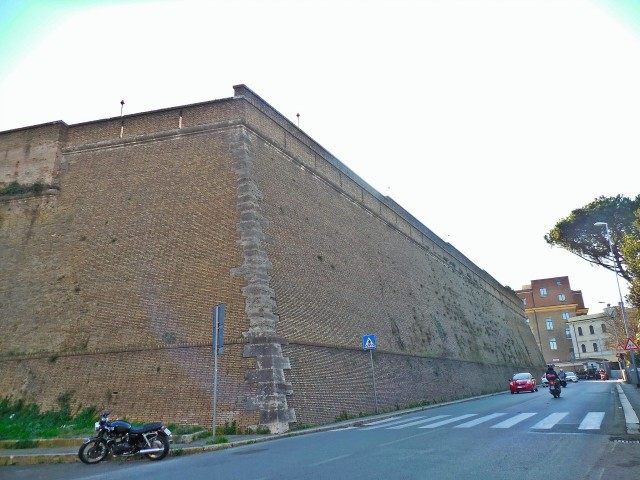 The Vatican, for its part, welcomes millions of visitors a year — but allows only a very select few, who meet strict criteria, to be admitted as residents or citizens.

Only about 450 of its 800 or so residents actually hold citizenship, according to a 2012 study by the Library of Congress. That study said citizens are either church cardinals who reside in the Vatican, the Holy See’s diplomats around the world, and those who have to reside in the city because of their jobs, such as the Swiss Guard.

Spouses and children who live in the city because of their relationship with citizens — including the Swiss Guard and workers such as the gardener — have also been granted citizenship. But that means few of the Vatican’s citizens are women.

How much land has Obama seized? Over 260 million acres! » « Delinquent on student loans? Watch out for SWAT teams!