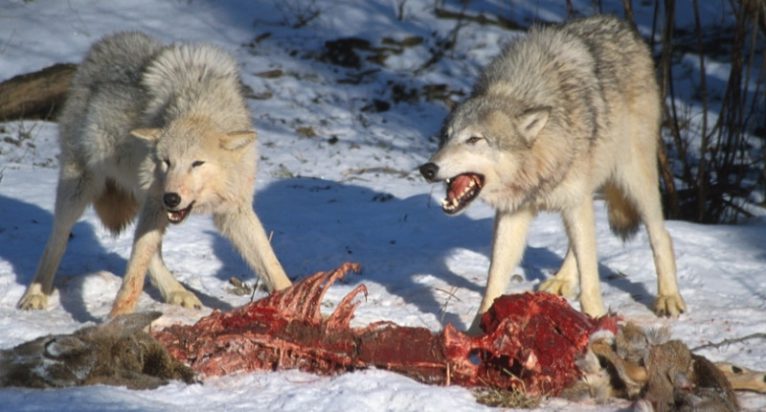 Five radical environmentalist groups filed a lawsuit in Idaho on Wednesday seeking to stop a federal agency from killing dangerous wolves in the state until a new environmental analysis is completed.

Idaho-based Western Watersheds Project and four other groups in the 27-page federal lawsuit say the 2011 analysis by the U.S. Department of Agriculture’s Wildlife Services is flawed and outdated.

They’re asking a federal judge to force the agency to prepare an environmental impact statement, a lengthy process, and issue a temporary restraining order preventing the agency from killing wolves in Idaho until the updated analysis complying with federal environmental law is complete.

Of course these anti-human radicals don’t care that the imported Canadian gray wolves are wreaking havoc on livestock and elk herds. Nor do they care that wolf levels in Idaho are already well above what is necessary to preserve the dangerous and destructive species.