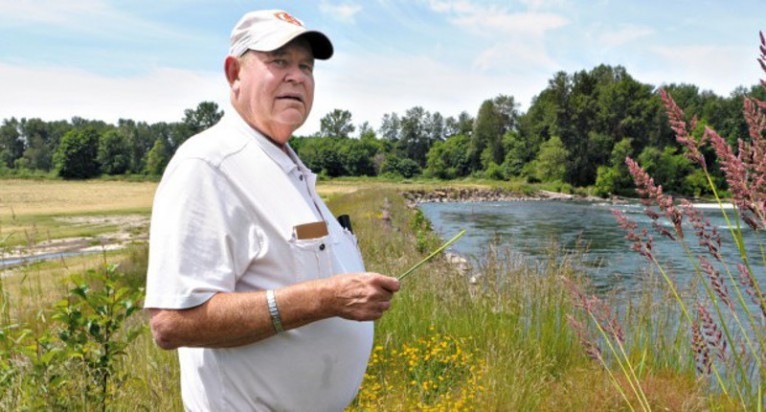 EPA threatens millions in fines for stabilizing riverbank with rocks

An Oregon farmer is facing the potential of millions of dollars in fines ($37,500 in civil penalties for each day of violating the Clean Water Act) for using rocks and gravel to rebuild and stabilize a riverbank after it was washed out by a flood in 2007.

Despite having sought out and received permission from the U.S. Army Corps of Engineers for his work, Bill Case is being accused of “discharging pollutants” into the North Santiam River by the EPA.

Yes, folks, we’re actually at a point where the EPA considers rocks to be a “pollutant” if they might help to protect a farmer’s land from flooding.

Case took every precaution from getting permission from from the U.S. Army Corps of Engineers to checking USDA maps to make sure his modifications didn’t take place within a wetland. His work was even monitored by officials from the Corps and Oregon’s Department of State Lands.

He spent $100,000 of his own money on the project and is legitimately confused as to why the EPA would oppose stabilizing the river bank when doing so actually helps keep pollution out of the river. “I don’t have any idea, except maybe they’ve got the big hammer and they’re going to prove they’ve got it,” he told the Capital Press.

We’re not surprised of course. Federal agencies like the EPA and BLM will invent any pretext necessary to take people’s land, make land inaccessible or unusable, and punish those who challenge their authority. The war on the West continues unabated.