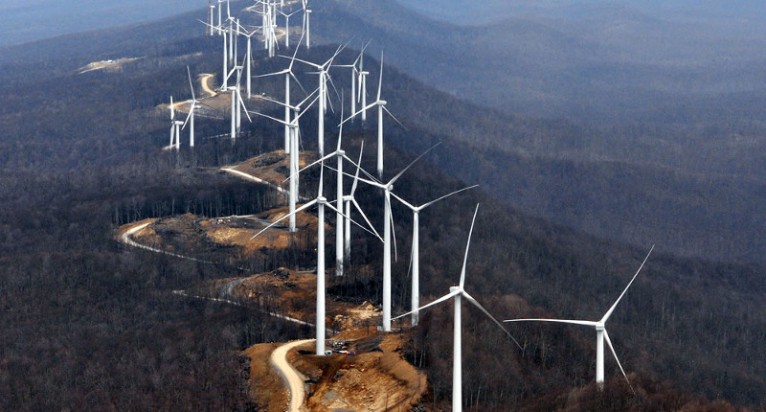 This article was written by Karen Schumacher and was originally published here.

The Johannesburg Summit 2002 defines the U.S. responsibilities for land management. Program implementation includes, “internationally accepted principles for environmental management and governance”; “influence use of land…dealing with water and wildlife habitat”; “the ESA can constrain the use and development of private land“; “Government regulations, conservation easements, contracts, or other instruments that arise out of law, custom, and the operation of private markets serve to regulate both landowners’ and society’s rights to use land.“; “The BLM and FS (Forest Service) are…mapping them using Geographic Information System“; “The BLM manages federal lands using multi-jurisdictional approaches to ensure that planning decisions are developed in concert with sustainable development concepts”; and “The U.S. Departments of State…and Interior…actively participated in activities to negotiate the International Convention to Combat Desertification”.

And the federal government, having actively implemented these objectives, have enough structure in place to easily and rapidly control all land within the next 5-10 years because nobody is stopping them.

GIS deserves an explanation. It is the acronym for geographic information system which uses layers of geographic data to produce spatial analysis and derivative maps, while geospatial refers to the applications of geographic data. This means that every blade of grass, rock, water body, tree, elevation, city growth, or other land attribute and activity is marked and mapped. This video is short and explains what can be mapped while this video frighteningly explains just how much detail GIS can capture. As noted in the previous Johannesburg Summit report, the BLM uses GIS. What they don’t tell you is that GIS information is passed on to the UN. See number 4 on page 4. The federal government, part of the UN cartel, hands over our GIS information and other data to the UN.

Going back to the Part 2 note, “Keep the renewable energy in mind“, what is the BLM goal taking land? Most BLM land is rich in resources. Remembering the UN wants control of not only people, but resources as well, then BLM involvement in resource use should be scrutinized. Renewable energy projects on BLM-managed lands include wind, solar, geothermal, and biomass projects. Renewable energy projects are complicated and the reader to encouraged to learn more about it. It is also connected to the UNEP “world economy” statement in part 3. The DOI is pretty open about its intent in using public land for renewable energy.

Starting with wind farms, here is the BLM map of Oregon listing renewable energy projects, at this point Idaho does not require utilities to generate a certain percentage of electricity from renewable sources as does Oregon.

There are two California wind projects in the works. One will be managed by AltaGas, a Canadian company, and the other in Tylerhorse, managed by Iberdrola, a company in Spain. According to Iberdrola, they …”will be a leader in the transformation of the U.S. energy industry.” They also clearly hold themselves to the UN sustainable development agenda. AltaGas supports the United Nations Universal Declaration of Human Rights. Why are wind projects being farmed out to foreign companies? Aren’t there any wind developers in the United States? About 75, but bets are on each one of them is connected in some way to a foreign corporation or the UN. It makes sense that the BLM actively needs more land, free from humans, to develop these projects.

While there is no requirement for wind farms in Idaho we do have some. Here is a dandy USGS interactive map that pinpoints where the farms are located with added information. Private land owners can contract with a wind developer and are paid to have the turbines placed on their property. One such farm is in American Falls. The Energy Integrity Project explains why wind farms are economically detrimental for all of us.

Called “Solar Energy Zones” or SEZs, the BLM created the “Western Solar Plan” which contain these zones. Their first zone brought in “$5.8 million for the U.S. Treasury”. Now cows and people just might cause interference in these zones and the BLM does cite that “human resources” could get in the way. Note we aren’t people, we are resources to be drawn upon or eliminated. Anyway, Idaho hasn’t been sucked into this plan yet, but with the new aggressive ecosystem management requirements it probably won’t take that long to force Idahoans off their land, as in the attempts with the Hammond case in Oregon, and the GIS mapping is already in progress. If the cows get in the way of solar development the BLM must notify them. And what are the ranchers supposed to do when their grazing rights are taken from them and they can no longer afford to live there? Sell their land to the BLM for peanuts and move, and that is what is happening. Taking water and grazing rights, raising grazing fees, and seizing land with refuge and wilderness areas are just BLM ploys to force humans off the land, leaving it ripe for resource seizure. Restrictive ecosystem management will be the nail in the coffin, for everyone. At least Oregon Representative Walden understands.

Now just who is the beneficiary, what company builds and manages these solar developments? Why one of them is Google, an UN business partner! Now Ivanpah, the outfit building this mess, is part of BrightSource, a global company and Clinton favorite, and has had some questionable history including defaulting on contracts, low energy production, and killing birds. $1.6 billion from the U.S. Energy Department, your tax dollar, was loaned to this outfit. Think Solyndra. But BrightSource has some good backing from other UN business partners Morgan Stanley and Chevron so the federal government was mindful in keeping more UN cronies in the loop.

According to the BLM, “Distribution of revenue from renewable energy varies depending on the authority used.”, but substantial money is made for the federal government from other energy projects. And plans have been started to site “…new transmission projects that would cross public, State and private lands.” Has anybody notified the cows? Maybe dumping more of your tax dollar into the BLM will accelerate the takeover of land and resources, say 1.3 billion, that should hasten the job.

One last resource to mention is uranium, which the BLM also wants, but it is a non-renewable form of energy used for nuclear production. Multiple federal agencies are involved with uranium mining as it is very profitable. Once again foreign companies are involved in reaping the profits such as Russia, again with a Clinton hand. This contributes to the “world economy” as do the foreign benefactors with solar and wind projects. Millions of dollars in tax credits and other federal gimmicks are given to companies for renewable energy. This money is being stripped out of America. It is no wonder America is dying.

Oregon Energy LLC, a subsidiary of Australian company Energy Ventures Ltd, gave a presentation for uranium mining in Malheur County, starting the process in 2011. On page B4 this 1987 USGS map shows areas of uranium in Harney County, Oregon. That is how long they have been drooling over the amount of money they can reap for their coffers.

This BLM energy map site shows maps for other Oregon projects on lands with “Federal Interest”, Biomass Energy Projects and Non-Renewable Energy Projects. At this time there were none listed for Idaho, but there is little doubt it will come as the Western Governors’ Association, of which Governor Otter is a member, is working on renewable energy zones. Here is their policy resolution on forest and rangeland management. Why don’t they just kick the UN out?

In 2014 the DOI was on the hunt for reclaiming and remediating uranium mines with multiple government (pg v) agencies involved. It was also noted that potential human risks indicate further restrictions on use may be required (pg 20). One more way to get you out of the way.

This is where the story becomes more complicated, and corrupt. Renewable Energy Credits (REC) are part of the scam, and it costs you more money. Companies are issued these credits for solar and wind energy production. Utilities are forced to pay higher rates for these credits and that monetary loss is passed on to you with higher rates. This subject is beyond the scope of this post but it is one more BLM method for land and resource theft, being in charge of transmission grid permitting. And those pesky cows and humans just keep getting in the way, better move them out of the way and off the land. A fellow Idahoan, Vicky Davis has written about RECs on her website, Technocratic Tyranny, The Renewable Racket, and how it started with Agenda 21.

Ok, now it makes sense. The ultimate UN goal is to move humans off land, take control of resources, and feed their crony partnerships. This can all be justified with saving the planet. Hopefully the reader now understands why the BLM is an enemy and how we are being forced away from the land they control. It is all about taking and controlling resources. Very simple. A memorandum giving the DOI and other federal agencies a directive to create regulations advancing this land and resource theft was issued 11/3/15, completely bypassing Congress. And why not, Agenda 2030 has put a renewed emphasis on protecting ecosystems, habitat, wetlands, and species in Goal 15 with increased financing and national and local implementation.

Dear God, how long before Idahoans and Americans stand up for their Forefather’s endeavors to give us the greatest Republic in the world? How much freedom and liberty must be stolen from us before we stand up and say it is ending now? Idaho, wake up, stand together in a mass protest against a foreign entity dictating our lives. It must be done now.