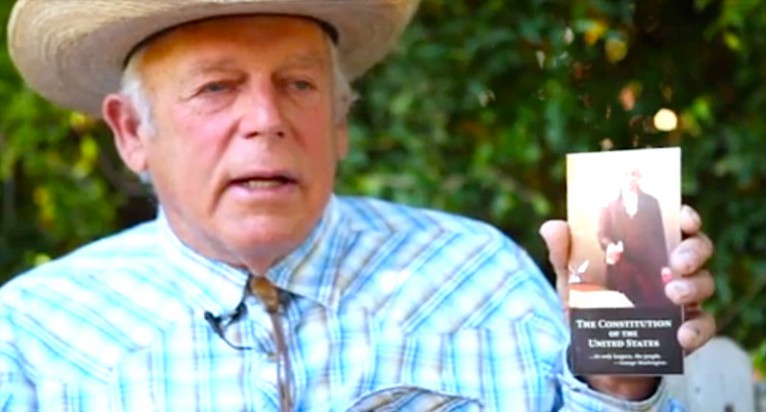 U.S. Magistrate Judge Janice Stewart has denied 69-year-old rancher Cliven Bundy bail, claiming that if he were released, “that is likely the last the government will see of him.”

This despite the fact that the government waited nearly two years to manufacture bullshit charges against Bundy for his role in resisting the federal government’s attempts to destroy his cattle and to seize part of his Nevada ranch.

The government arrested Bundy on February 10th as he arrived at PDX in Portland, Oregon.  He was planning to go to Burns, Oregon, where his sons and others had been ambushed, shot, and arrested by federal enforcers two weeks before.

The War on the West being waged by the feds is far from over, and ranchers are still the primary target. We must resist this tyranny before it’s too late. If it’s not, already, that is.