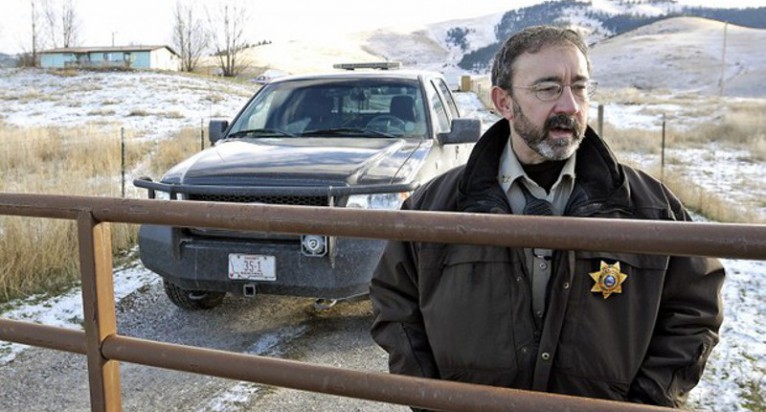 Jake Ryan, a Montana man who allegedly took part in the Malheur National Wildlife Refuge protest, is the latest target of the federal War on the West. He is accused of disturbing a “sacred Burns Paiute archaeological site” by digging a latrine.

A judge on Monday unsealed Jake Ryan’s name which had been concealed in an indictment filed March 8 in U.S. District Court in Oregon. Ryan and Travis Cox are the only two of the 26 defendants connected to the protest who haven’t yet been arrested.

Sanders County Sheriff Tom Rummel issued a press release on the subject via Facebook. Sadly, he stops short of ordering the feds to stay out of his county entirely.

This post is to update you on the arrest warrant issued for Jake Ryan.

Last week, I was notified by the FBI that an arrest warrant had been issued for Jake Ryan, for his involvement at the Malheur Wildlife Refuge in Oregon.

Since that time I have been in contact with the Ryan family and the FBI in order to work out a peaceful resolution to this situation. At this time the Ryan Family has sought the counsel of an attorney who is working with the FBI on the charge or charges against Jake.

From the start of this, it has been my intention to make sure that Jake Ryan’s safety and rights are provided for, and I will continue to do just that.

With that said, I want you to know that Federal Officers have not operated in this county without my knowledge. At this point in time, I have no evidence to suggest that Jake Ryan is in this county. At this time, I believe a peaceful resolution is being achieved and outside citizen involvement will not be needed.

Thank you for your support and understanding in this matter.

The feds’ determination to kidnap Jake Ryan could lead to a standoff if Sheriff Rummel yields to federal pressure and allows the FBI to operate in Sanders County. We’re holding out hope that Rummel sticks to his guns and keeps the feds at bay.

Is the GOP ready to transfer federal lands to the states? » « Brussels terror attack reveals pointlessness of TSA security theater