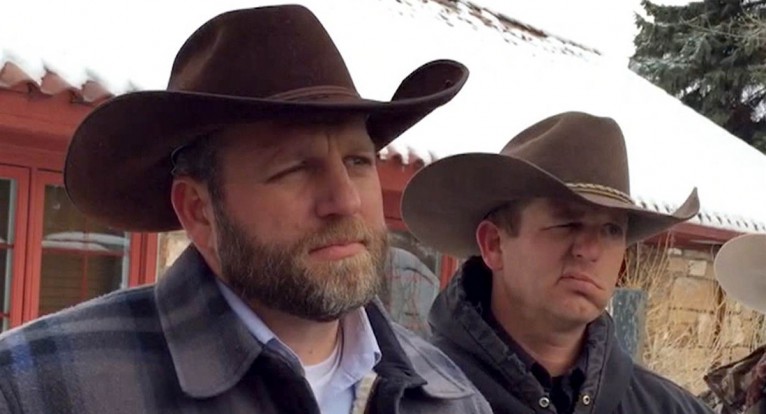 Feds conspire to send Bundy brothers to prison for life

The feds are piling charges on those who took part in the Malheur National Wildlife Refuge protest, and also adding charges related to the Bundy standoff near Bunkerville, Nevada, in 2014.

With the new charges from both cases, the Bundy brothers could face life in prison if convicted of all charges and given the maximum prison sentences.

It’s not just the Bundys who are being targeted, though. At least 25 protesters are being charged with using “force, intimidation and threats” against government officials for occupying an empty building and at least 19 are facing weapons charges as well. The first charge carries up to six years in prison and the second carries another five.

Some of the protesters including the Bundys are facing additional charges ranging from possessing a firearm while committing a violent crime (something which never happened) to theft (for driving a government-owned vehicle into town and back.)

The feds are even claiming that latrine trenches dug by the protesters constitute a crime because they may have disturbed ground the Burns Paiute tribe considers “sacred.”

Of course, the real reasons for these charges have nothing to do with the empty building where the protesters camped or the desolate wildlife refuge they occupied. The feds are working overtime to intimidate all who would dare to challenge their authority. The federal occupation of the West is coming under increased scrutiny and the feds are desperate to stamp out the resistance before it can grow.