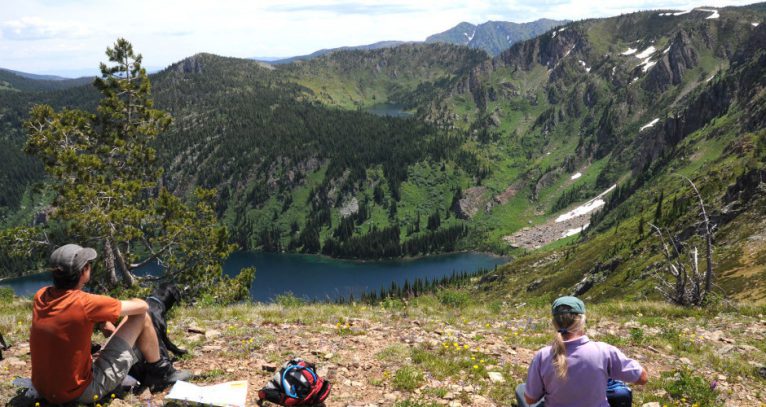 A U.S. Forest Service decision to close most of Idaho’s Great Burn area along the Montana border to motorized access has observers both frustrated and confused.

“The bottom line for me is that the forest plan, after considerable analysis of values and public comment and discussion, did recommend four areas for wilderness designation,” Probert said in an email about the travel management plan.

“Through that rigorous analysis, the Forest Service found compelling reasons that elevated these areas above all other roadless areas on the forest and led to the wilderness recommendation in the forest plan. Until such time as the forest plan is revised or Congress makes a decision to either designate these areas as Wilderness or clearly reject them, management of those areas needs to protect the values that resulted in them being recommended for wilderness designation in the first instance.”

“We prevailed in that lawsuit, and the judge ordered them to go back and make a new decision,” Mitchell said Tuesday from her Boise office. “This is identical. We will be appealing and objecting.”

The snowmobile association and the Blue Ribbon Coalition, a motorized recreation user group, argued Forest Service was usurping Congress’ authority under the 1964 Wilderness Act to create and manage wilderness areas. Without such congressional legislation, the groups claimed, the Forest Service has no power to block existing uses of public lands.

“This is just an absolute classic backcountry snowmobile experience you can’t find anywhere else in the Clearwater,” Mitchell said. “For snowmobiling the Great Burn is the biggest issue for us. And we’re not asking for all of it – just those acres that are rideable. There’s only about 20 percent that is what we actually snowmobile.”The Friends of the Clearwater joined with several other environmental groups in a different lawsuit saying the Forest Service disregarded its own rules for protecting elk habitat from motorized intrusions. They found the Probert’s decision equally perplexing.

“Those areas are not supposed to be motorized during the summertime,” Friends of the Clearwater Director Gary McFarlane said Tuesday. “That’s what we won on, and the Forest Service was told to go back and fix that.”

McFarlane said he’s unclear how Probert’s proposal will withstand the judge’s elk habitat order, given that the Forest Service’s own statement acknowledges it doesn’t specifically address the ruling.

“In all likelihood we’ll file an objection to that portion,” McFarlane said. “By choosing to go this way they’ve created a bit of confusion.”

The Great Burn Recommended Wilderness Area covers the state line roughly south of Superior nearly to Highway 12 west of Lolo Pass. Its 252,000 acres includes many scars from the historic forest fires of 1910, as well as part of Lewis and Clark’s route across the Rocky Mountains, Nez Perce and Salish cultural sites, numerous lakes and trails.

The draft travel plan allowed motorized summer access to the Fish Lake Trail No. 419, which can be reached from Hoodoo Pass on the Montana side or Pierce, Idaho.

It now goes through the Forest Service’s objection process, which is only open to people and groups that have participated in the previous comment periods. The 45-day objection period started on Tuesday.

Public Officials Requesting Coordination » « Poll: Who do you support for Idaho Governor in 2018?