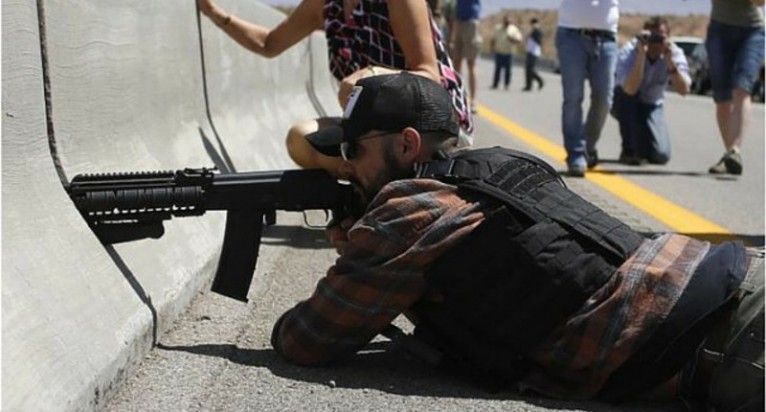 Eric Parker is a patriot! You may know him as the “MAN ON THE BRIDGE!” He is not only a known PATRIOT, but is a good friend! If you are involved in the Idaho 3% you may know him as the VP. For those of you who have followed the Bundy Ranch. You know that Cliven Bundy was just arrested for the Bundy Ranch standoff. What you may not know is that now others involved are being rounded up as well. Is this the America we came to? Now we are getting picked off, one by one for speaking out? Now is not the time to sit down and shut up! It is not time to tuck tail and RUN! We THE PEOPLE can prevail in peace! Only if we stand up, united! Don’t be the Patriot asking if you could have done more! If you’re not willing to stand for freedom, maybe you should turn in your guns, and rip up the constitution yourself! So, I will be there alone, or with other patriots! Until Eric is free, I will be fighting for you brother!

We are doing this on a Friday! Just to make sure our officials can see us! This is not the end but the beginning! FREE OUR BROTHER!