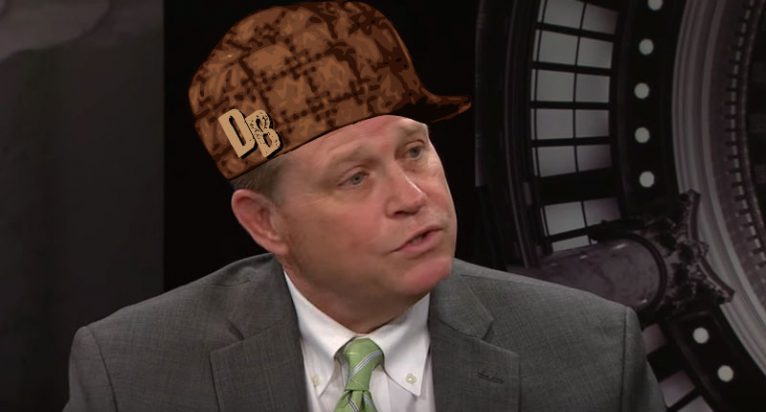 Idahoans who enjoy paid daily fantasy sports contests such as those provided by DraftKings and FanDuel received a very unwelcome email Monday morning informing them that their accounts have been suspended due to demands from Idaho Attorney General Lawrence Wasden.

Wasden defended crushing individual liberty under his boot by claiming that “the paid daily sports offerings provided by these companies constitute gambling under Idaho law, and I have a duty to enforce and uphold that law.”

This is the email received by FanDuel customers in Idaho:

We have some important news to share regarding FanDuel contests for players in Idaho.

We believe FanDuel has always operated within the law in Idaho, however, as we continue to evaluate the legal framework, we have decided to suspend our paid operations in the state. As has always been the case, users in Idaho can withdraw their funds at any time.

We are continually working to clarify the law and look forward to working with legislators to enact consumer protections so that we can bring our paid contests back to Idaho sports fans once again. In the meantime, please show your support by going to www.fantasysportsforall.com/connect/idaho and let your elected officials know how much you enjoy playing fantasy sports.

Thank you for your support,

Idaho has become a totalitarian dictatorship run by moralist busybodies who would prefer to see people locked in cages rather than having fun. Lawrence Wasden should be tarred and feathered and then run out of town on a rail. The colonists who threw off the tyranny of King George had the right idea. Now who’s ready for a revolution?

P.S. If you would like to tell AG Wasden what you think about his jackbooted tactics, you can call him at (208) 466-5924 or send him an email at lwasden@cableone.net.