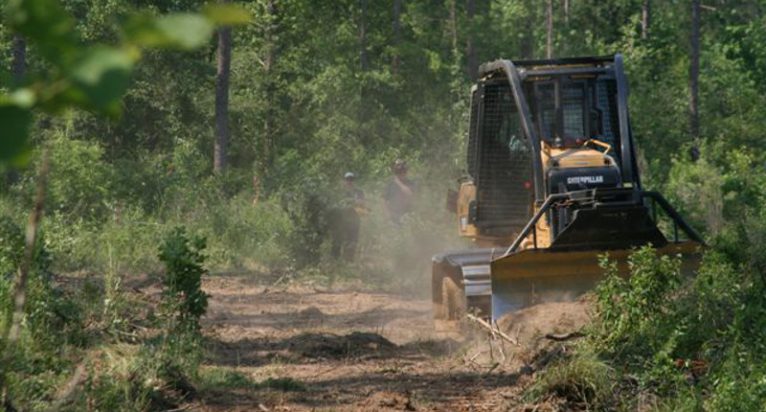 Federal officials are putting in emergency fuel breaks in southwest Idaho and southeast Oregon to reduce wildfire risk while they work on an environmental assessment for a larger fuel break project for the area.

The U.S. Bureau of Land Management fuel break project is part of a $67 million rehabilitation effort following a wildfire last year that scorched 436 square miles of sagebrush steppe that supports cattle grazing and some 350 species of wildlife, including sage grouse.

On the Idaho side of the border, the BLM says the fuel breaks going in this week are being developed in Owyhee County, mainly along 25 miles of roads. Fuel breaks are also being built along roads on the Oregon side, said Larry Moore, a BLM spokesman based in Vale, Oregon, by pushing vegetation back.

“Not only does it make it more difficult for the fire to traverse that break, it helps firefighters out by giving them an anchor point,” Moore said.

Plans also include removing unburned vegetation on public lands near homes and other structures, and using targeted grazing in some areas.

Federal officials say the environmental assessment for a more comprehensive fire-break plan will be released later this month.

“Putting these fuel breaks in now, ahead of this fire season and while we work on longer term fuel break treatment plans, will improve the odds that this area won’t burn again and can make a full recovery,” Michelle Ryerson, manager of BLM’s Owyhee Field Office, said in a statement.

The rehabilitation effort is part of a new wildfire approach ordered by Interior Secretary Sally Jewell last year that’s credited with preventing many smaller rangeland fires from becoming big ones. Jewell’s order calls for a “science-based” approach to safeguard greater sage grouse while contending with fires that have been especially destructive in the Great Basin. The bird did not receive federal protections under the Endangered Species Act last fall, but various efforts to protect sage grouse habitat have been put in place.

“There’s an urgency to this,” said John Freemuth, a Boise State University professor and public lands expert. “It’s sort of become a poster child for how quickly they can rehabilitate an area.”

The rehabilitation effort could show whether the BLM has the ability to stop the cycle of increasingly destructive wildfires in the Great Basin. Many of those fires have been driven by cheatgrass, an invasive species that uses fire to force out native plants and turn vast areas into monocultures that burn frequently, often in sage grouse habitat.

“That’s the worst fear I think people have,” Freemuth said. “If that situation develops, there’s almost nothing that might be able to be done to avoid consideration of a relisting.”