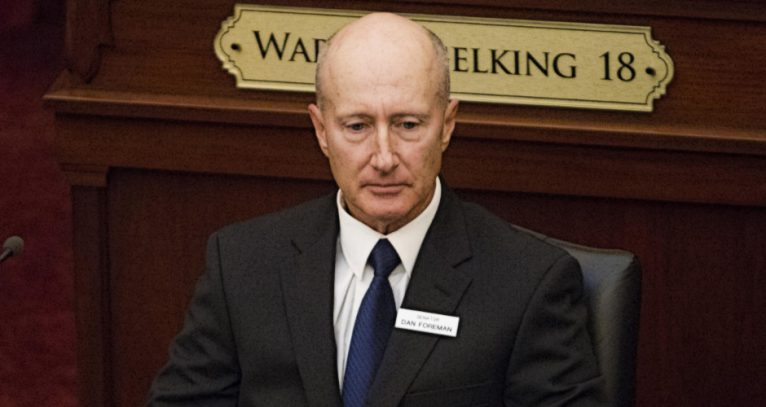 Idaho Sen. Dan Foreman is no believer in climate change, calling it a “scam” and saying that he knows “credible scientists in the former Soviet Union who have concluded the Earth is actually cooling.”

The University of Idaho may be the center of climate change research in Idaho, but don’t count Moscow Sen. Dan Foreman among the true believers.

Foreman, who represents Latah and Benewah counties, said human-caused climate change is a “scam” perpetrated by left-wing fanatics looking for an excuse to raise taxes and grow government.

Responding to a recent email regarding a House panel’s decision to eliminate any mention of climate change in school science standards, the freshman lawmaker said the theory of global warming is “nonsense.”

“Global warming ranks right up there with Al Gore’s phony ozone scare,” he wrote. “I hope the Legislature enacts legislation to eliminate this ridiculous nonsense from all our textbooks. The left wing has created a new religion, and it’s called ‘the environment.’ I wish they’d pay more attention to real religion. Maybe we could make real progress in this country. People need to wake up and rediscover critical thinking once again. Too many people are falling victim to these scams foisted on us by liberal zealots with ulterior motives.”

There is widespread consensus in the scientific and academic communities for the idea that human industrial activity and fossil fuel consumption is responsible for climate warming trends over the past century. Among other organizations, the American Association for the Advancement of Science, American Geophysical Union, American Meteorological Society, National Academies of Science and Intergovernmental Panel on Climate Change have all issued statements supporting that conclusion.

Nevertheless, during a follow-up interview Foreman said the concern about human-caused climate change is a liberal effort “to push for bigger government and higher taxes in the name of the almighty environment.”

“There’s no substance to (the theory),” he said. “I know credible scientists in the former Soviet Union who have concluded the Earth is actually cooling.”

Foreman said he fully supports teaching kids as much math, engineering and science as possible, “but let’s not run around like Chicken Little teaching something that’s proven to be anything but credible.”

During the election campaign last summer, Foreman made a point of knocking on doors in Moscow to discuss his political views with voters, letting them know he was “a Christian, a conservative and a Republican, in that order.”

His email messages may sound somewhat abrupt, but in person he comes across as very direct and sincere.

“I literally get thousands of emails each week,” Foreman said. “I try to answer them all, so I have to be short. I feel obligated to answer them honestly. I’m short and to the point, but I’m always courteous and always say ‘Thank you.’ I say, ‘Here’s the way I see things; I understand you may see them differently, but I’m doing you the courtesy of telling you exactly what I think.'”

As an aside, he also noted that he wasn’t following the standard advice given to new lawmakers to keep their mouths shut and ears open.

“That got boring real quick.”