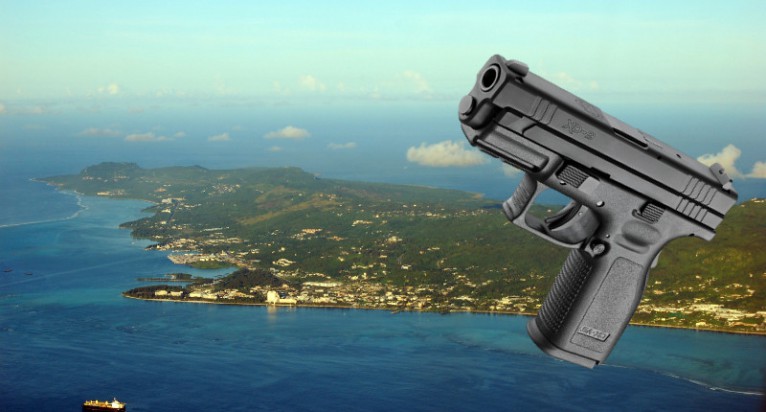 Judge shoots down final handgun ban in the U.S.

In a significant victory for gun rights, a federal court ruled Monday that the long-standing and near total ban by the Commonwealth of Northern Marianas Islands against the ownership and importation of handguns is unconstitutional.

The suit, brought by U.S. Navy veteran David J. Radich and his wife, Li-Rong, challenged the commonwealth government’s anti-gun policies, particularly its total ban on handguns and refusal to issue permits for long arms. This came after the couple suffered from a home invasion that left Li-Rong severely injured. Following the attack, the Radich couple filed for Weapons Identification Cards with the CNMI Department of Public Safety in July 2013, which are required to own one of the few long guns allowed in the territory.

However, with their WICs still in limbo and handguns forbidden, the couple filed suit in 2014 in the U.S. District Court for the Northern Marianas Islands, claiming their Second and Fourteenth Amendment rights are in violation.

On Monday, the court agreed.

“If the Second Amendment individual right to keep and bear a handgun for self-defense is to have any meaning, it must protect an eligible individual’s right to purchase a handgun, as well as the complimentary right to sell handguns,” wrote Chief Judge Ramona Villagomez Manglona, of the District Court for the Northern Mariana Islands, in her 17 page ruling. Manglona is a 2011 appointment by President Obama.

Enjoining CNMI authorities from enforcing their ban on handguns and handgun ammunition, the archipelago is ordered to move forward with the same understanding of Heller and McDonald that has been established in the rest of the country.

To the argument by CNMI officials that handguns have never been legal in the Commonwealth, the court found little to defend.

“That handguns have never been used in the Commonwealth by law-abiding citizens for legitimate purposes does not render Heller inapplicable in this jurisdiction. Rather, because the people of the Commonwealth are part of the American people who have overwhelmingly chosen handguns as their principal means of self-defense, the Second Amendment protects that right here as well,” she wrote.

“Put simply, a government’s authority to act is limited by its duty not to violate individual rights,” said Manglona.

Unfortunately, lawmakers in the US commonwealth of the Northern Mariana Islands are already moving to enact “sweeping” gun control legislation, just days after a court struck down its ban on handgun possession.

The BLM versus the Ranchers, Fifteen facts you should know » « Ted Cruz talks about Federal Lands on the Doug Wright show