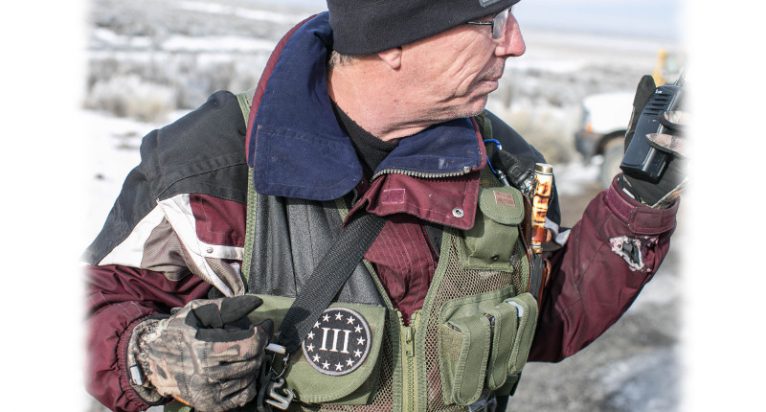 Oregon live is reporting that Scott Willingham has pled guilty to stealing government property. He is the first of the Malheur National Wildlife Refuge protesters to enter a guilty plea.

Willingham was accused of taking or converting government-owned cameras for his own use. He faced two counts of theft of government property but entered a guilty plea in federal court in Portland to one count. The other was dismissed.

Willingham hasn’t been charged in the larger conspiracy case stemming from the Jan. 2 refuge takeover, but is the 27th person to face a federal indictment in the 41-day occupation of the wildlife sanctuary outside Burns.

He’s the first refuge defendant to enter a guilty plea.

Willingham, 49, was with occupation spokesman Robert “LaVoy” Finicum on Jan. 15 when Finicum took down surveillance cameras at a substation six miles from Burns.

Under a plea agreement, he’s expected to face six months in prison followed by two years of supervised release. He’s agreed to undergo a mental health evaluation and spend up to 120 days at a residential re-entry program or treatment center.

Willingham also has agreed to pay an undetermined amount of restitution to the government. The cameras were worth more than $6,500, said Assistant U.S. Attorney Craig Gabriel.

On Facebook, “SSG Moe” described the case as “another MSM [mainstream media] fail,” adding that the cameras taken down were “in fact federal government spy cameras.”

Also, another MSM fail. There was no MSM journalist willing to follow up on the identity of the cameras. They took a lot of pictures, close up and of some of the serial numbers. But left it up to interpretations as many incorrectly speculated the cameras were utility and not federal government spy cameras. Well, they are in fact federal government spy cameras. And they are everywhere. Also, those cameras were 20 min or more away from the refuge. They had nothing to do with anyone on the refuge. They were spying on local Harney County Ranchers.

There are also concerns that Scott Willingham may have cut a deal with prosecutors that requires testifying against some of his fellow protesters.

This means 1 of 2 things. Either he has taken a deal and is going to testify against My husband and Ryan Bundy who are also being charged with this false crime or this charge will be dropped against them now because my husband and Ryan Bundy did not steal anything. The fact that he is pleading guilty and has been kept away from contact with other attorneys means he probably took some sort of a deal.

This is a developing story, and we will work to keep you up to date as more information becomes available.