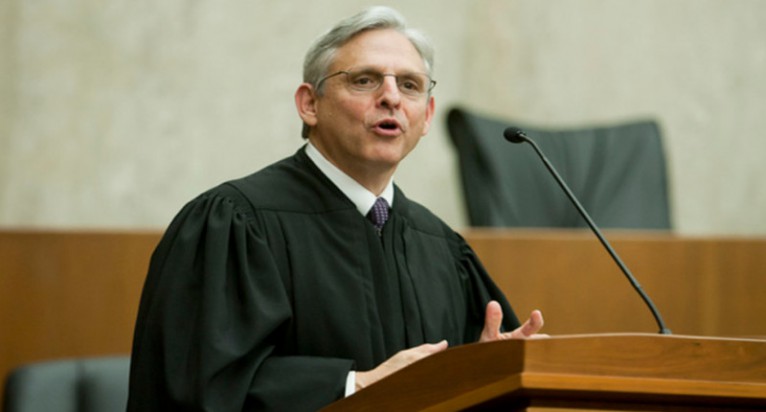 Why gun owners should be wary of Merrick Garland

Obama has nominated Judge Merrick Garland to fill the Supreme Court seat left vacant by the unexpected (and suspicious) death of Justice Antonin Scalia. There are a lot of reasons why conservatives should be concerned about this selection, but gun owners should be especially wary.

While Garland’s history related to the Second Amendment is not extensive, what does exist points to exactly the attitude you would expect from an Obama appointee.

After a three-judge panel of the D.C. appeals court struck down parts of D.C.’s handgun ban in 2007, Merrick voted for the full court to re-hear the case. While he didn’t explicitly say why he voted that way, it is unlikely that someone who agreed with the existing decision would risk the ruling being overturned.

That’s not the only time Merrick has been a wrong side of an issue related to gun rights, though. In 2000 there was a case known as NRA v. Reno in which the National Rifle Association sued then-Attorney General Janet Reno for ignoring a federal law which says that the FBI must “destroy all records” collected through the NCIS background check system. Instead, she opted to retain the records for six months before complying with the law.

Garland ruled in favor of Reno’s view, claiming that her interpretation of the law was reasonable.

Michael Needham, chief executive for Heritage Action, warned that “We are one liberal Justice away from seeing gun rights restricted.” Is it any wonder the NRA, Gun Owners of America,  and Judicial Crisis Network have all come out in opposition to Garland’s nomination?