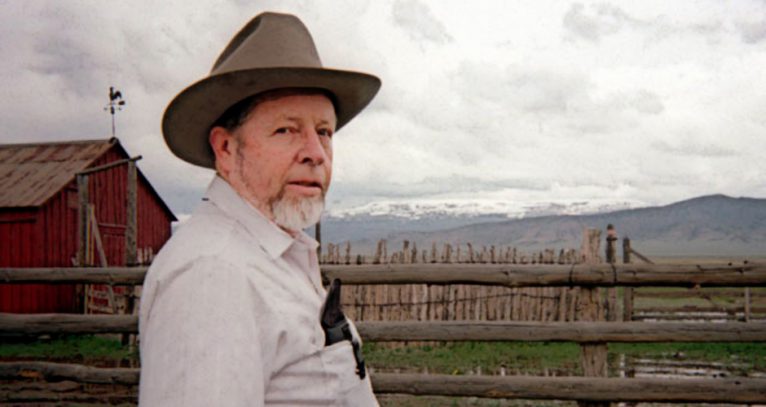 A U.S. federal court ordered a rancher to pay $587,000 in grazing fees accrued more than ten years ago, and has banned the rancher from using the federal land.

Wayne Hage, who inherited the fight with the federal government from his father who died in 2006, said he will appeal the fine and the order that prevents him from grazing livestock on U.S. Forest Service or Bureau of Land Management property, the Associated Press reported Thursday.

The government contends that Hage’s grazing activities amounted to trespassing on federal land and grazing without a permit, but Hage says his family has priority stock watering rights on the land that should be honored.

Hage said that the order is “a bellweather that they don’t want private property rights” in Nevada. “The federal government is going after all kinds of property, not just our property rights,” Hage told the Las Vegas Review Journal. “They are extinguishing them as fast as they can.”

Chief U.S. District Judge Gloria Navarro in Las Vegas ordered Hage to comply with the order by mid-April. Hage said he currently doesn’t have any cattle on the disputed land. The $587,000 fine includes back-fees from grazing from November, 2004, to June, 2011, plus penalties for nonpayment.

“Many ranchers have a problem with the BLM and [U.S. Forest Service],” Hage said told federal lawmakers in 2013 hearing. “They have conducted themselves in a criminal manner and destroyed many ranchers. I personally have been at the receiving end of this criminal conduct.”

Hage’s father was entangled with the government when federal authorities impounded his cattle after he allegedly violated grazing agreements in 1991, a decade after the infamous Sagebrush Rebellion movement that advocated restoring federal property to private owners.

During the past quarter-century, the Hage family has taken the BLM and the U.S. Forest Service to court many times over federal agencies taking his property and his water rights.

His father even had a criminal charge overturned by a court levied against him by the Forest Service for “cleaning out brush from a ditch with hand tools.”