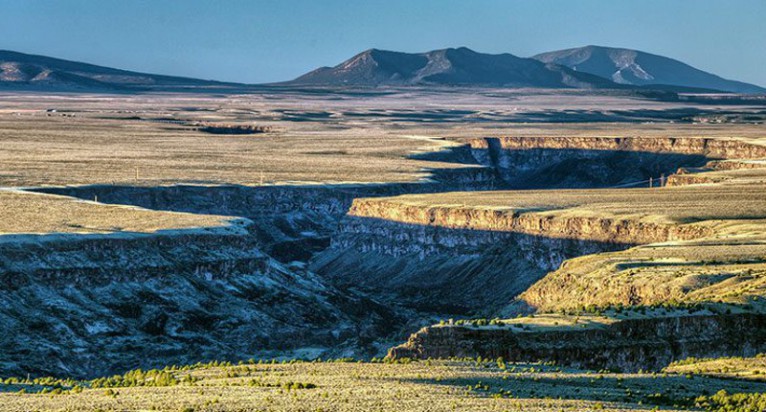 The Only One “Seizing” Federal Lands is Uncle Sam

This article was written by Paul Gessing and Carl Graham and was originally posted HERE.

In a recent New York Times editorial, New Mexico Senator Martin Heinrich asserted that supporters of a transfer of some federal lands to the states are engaged in a “land grab.”

He’s not just wrong he’s inverting the truth completely. It is actually the federal government that has “grabbed” New Mexicans’ lands. In the past two years, Heinrich endorsed the federal government’s placing of more than 783,000 acres of New Mexico land, much of it private or “multiple-use” in two highly restrictive “monument” designation (the Rio Grande del Norte and Organ Mountain monuments).

Ironically, while any effort to return some federal lands to New Mexico control would require the support and buy-in of large numbers of state and local officials, these two wilderness areas were declared by the Obama Administration without so much as a single vote in Congress.

It is no surprise that Heinrich would support such a real land grab, as he is known for reflexively supporting the radical environmental lobbying groups in Washington. He has a 93 percent lifetime score from the League of Conservation Voters and boasted a 100 percent score in 2013.

Given the environmental group’s penchant for shoving local interests and traditional users aside in order to increase the size of the federal estate (consider it one-stop-shopping for the environmental lobby), Heinrich also vastly prefers federal control of lands to private or state control.

First, it is important to destroy a few myths. The lands in question are not national parks or native lands.

Rather, our efforts are focused on federal lands managed by the National Forest and Bureau of Land Management.

Under plans supported by the authors’ organizations, no lands would be privatized. Rather the aforementioned lands currently managed by Washington would devolve to state control. Economically speaking, the impact on New Mexico of state vs. federal control over these lands would be stunning: up to 68,000 new jobs and $1 billion in new tax revenues. These astounding results are not the result of “privatizing” the lands, but rather they are from simply managing Forest Service and BLM lands as other state lands are currently managed.

These jobs and economic activity would be a tremendous boon for New Mexico, which Heinrich represents, and remains one of the poorest states in the nation with little economic growth in the recent economic recovery.

Lest one be led to believe that such policies are only advocated by radical anti-government types and Republicans, New Mexico’s current Land Commissioner, Ray Powell, a Democrat with strong ties to the environmental community, has advocated for having the feds return 1 million acres of BLM lands in the state in order to bring in an estimated $50 million to fund new early childhood programs.

Democrats, too, understand that bureaucrats in Washington are too isolated and ignorant (no matter how well-intentioned) to understand the unique needs of Western states.

Also, our efforts to restore state control over certain federally managed lands are by no means based entirely on economics. Climate change is often cited in the media as the cause of recent forest fires that have raged in New Mexico and throughout the West. The reality is that poor federal management (or the lack thereof) is a major contributor to rampant fires. Going back to when the Native Americans had control, lands were intensely managed. That ended when environmental zealots took control of Washington’s land management bureaucracies, eventually putting a stop to timber production and engaging in aggressive fire suppression that has caused a buildup of flammable material on forest floors.

Of course, users of these lands who have traditionally benefitted from their “multiple-use” management are losing out as more and more of these lands are locked up as “wilderness,” vast tracts of which are off limits to motor vehicles and non-recreational forms of human use.

The reality is that Heinrich and his radical friends in Washington are the ones grabbing lands in New Mexico and elsewhere. Advocates of restoring state control over these lands are attempting to restore some balance and sound management policies when it comes to large tracts of Western land.

Paul Gessing is president of the Rio Grande Foundation, a free market think tank based in New Mexico. Carl Graham is director of the Coalition for Self-Government in the West, a project of the Utah-based Sutherland Institute.