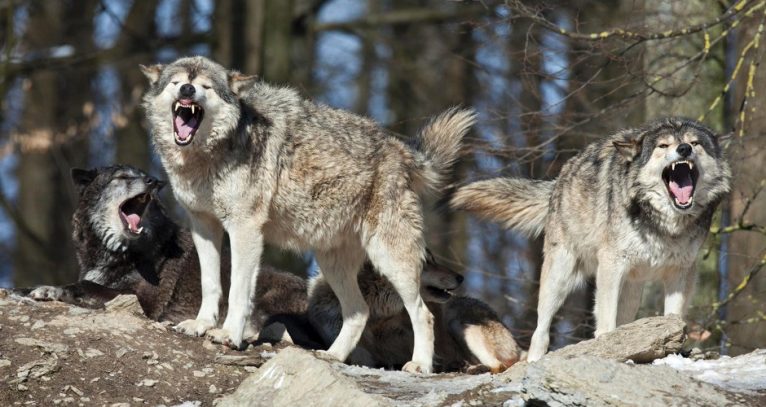 Pack of at least 7 Wolves is Menacing the Boise Foothills

Reports from the AP and Capital Press have revealed that a pack of at least 7 wolves is roaming about the Boise Foothills near homes in the Avimor Subdivision.

There have been lone wolf sightings in the Boise foothills over the years but this is the first time a pack has been detected in the area.

IWS State Director Todd Grimm said seven different sets of wolf tracks have been found near Avimor Subdivision, which is located in the foothills north of Boise, by far the state’s largest urban area.

Wildlife Services is a USDA agency that solves conflicts between humans and animals.

Grimm said there have been no reported livestock depredations associated with the pack, “but there are cattle in that vicinity, as well as pets, so the possibility is certainly there for a conflict.”

This is certainly not the first time that wolves have made the news in Idaho, but their close proximity to people, children, and pets represents an escalating threat.

We reported last year that Idaho wolves are now at levels ‘well above’ what is necessary, and unsurprisingly, these ever-growing wolf packs are roaming ever-closer to our homes and families.

This situation underscores the critical importance of Western states getting control of their land and pushing back against federal intrusion. We cannot allow ourselves to be further endangered by radical environmentalists and federal mismanagement.