On December 31, 2015, Ammon Bundy, the son of controversial rancher Cliven Bundy of Nevada, issued the following challenge to patriots around the nation:

I am wanting to talk to the individual, to the patriot. This is not a time to stand down. It is a time to stand up and come to Harney county. We need your help, and we’re asking for it. No matter what your leader says, no matter what they’re saying, you need to draw your own conclusions. You need to get to Burns on the second or before. 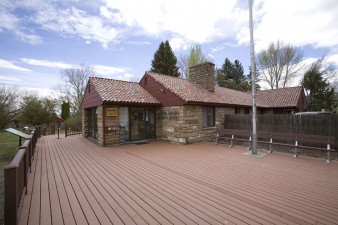 Headquarters for the Malheur National Wildlife Refuge in SE Oregon.

On January 2nd, Ammon Bundy and dozens of armed patriots and militia members seized control of the headquarters for the Malheur National Wildlife Refuge in SE Oregon.  The Washington Post reports that they are “vowing to occupy the outpost for years” to protest the federal government’s mistreatment of the Hammonds, a pair of local ranchers who have been ordered to report to prison Monday.

More background information on the Hammonds’ ordeal is available here.

Harney County Sheriff Dave Ward has issued the following statement about what unfolded in Oregon on Saturday:

After the peaceful rally was completed today, a group of outside militants drove to the Malheur Wildlife Refuge, where they seized and occupied the refuge headquarters. A collective effort from multiple agencies is currently working on a solution. For the time being please stay away from that area. More information will be provided as it becomes available. Please maintain a peaceful and united front and allow us to work through this situation.

Ammon Bundy explained the rationale for targeting this particular facility, “The facility has been the tool to do all the tyranny that has been placed upon the Hammonds,”  he said. Bundy and his militia allies are still actively calling for more people to join them in their occupation of the Malheur Wildlife Refuge.  “We have a warm place for you to lay your head and food to eat,” says Ken Rhoads. An earlier appeal said that “the people are finally getting some good use out of a federal facility.”