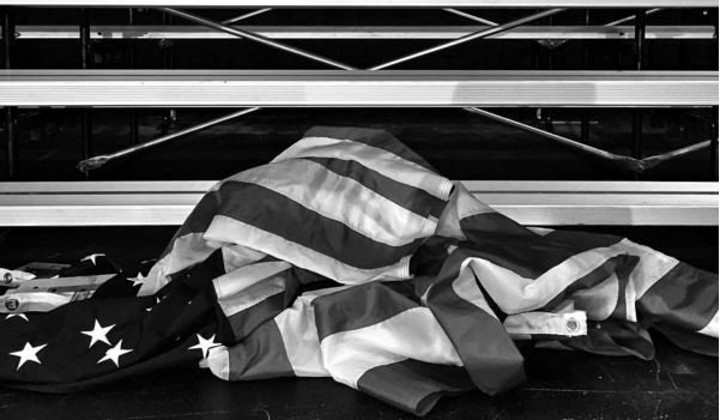 Apparently Hillary’s staffers treat the American flag the way Hillary Clinton herself would treat America if she were to be elected President.

With many hours to go, Clinton's staff has flags ready for their election night party // photo by @melinamara pic.twitter.com/a9ZvkJNiZp

Anyone who knows even the very basics of flag etiquette knows it should never touch the ground, let alone lie there in a crumpled heap.