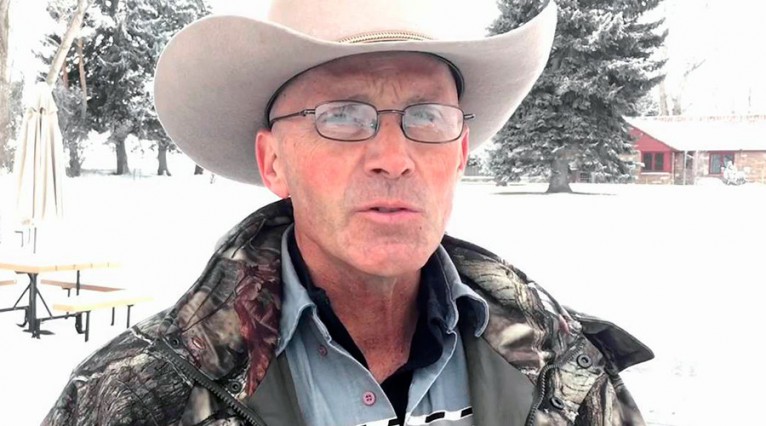 Did the cops and/or FBI perform an illegal coup de grâce on LaVoy Finicum after he was already shot down? This video may indeed show such an incident.

The following information was posted with this video:

To my tired eyes, Its almost as if the cop see’s Mr LaVoy still alive, call and and waves to another cop with the rifle, he runs over and puts red dot on Mr LaVoys head and pop! pop!

Really cant say for sure though, the bad resolution hides so much detail. We may never know. Anyway, See what you can see!

You be the judge.

* Nothing added or changed apart from cropping/zooming in and slowing down of supplied footage,NO PHOTOSHOP, NO EFFECTS, Just the close in Facts!!! GET OVER IT!!

Although what exactly is happening in this video is debatable, the fact that LaVoy Finicum was murdered by law enforcement agents is not.