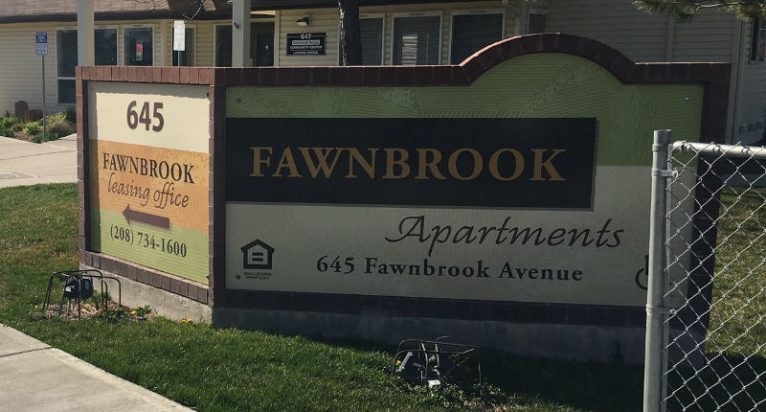 Authorities are denying claims that Syrians gang-raped a child at knife-point in a Twin Falls apartment complex earlier this month.

His comments largely refute several differing accounts about the incident circulating on anti-refugee resettlement, anti-Muslim blogs and conspiracy websites. Most claim a group of Syrian refugees sexually assaulted a mentally disabled girl at knife-point June 2 in the laundry facilities of Fawnbrook Apartments, a low-income housing complex in Twin Falls.

Although prosecutors are barred from discussing certain details in sealed juvenile cases, Loebs laid out the basics in an interview to the Times-News. And police are expected to provide more details in a briefing on the incident at a City Council meeting Monday evening.

According to prosecutors, three boys were involved, ages 7, 10 and 14, and the alleged victim was a 5-year-old girl. The boys are of Middle Eastern descent but none are Syrian or are recent refugees, Loebs said.

According to stories posted online, an older boy spurred the younger boys on, but Loebs also refuted that claim.

“All those involved are juveniles, and the older one didn’t touch the victim in any way,” Loebs said. He said only one person is alleged to have touched the victim, but he declined to elaborate.

The prosecutor received a report Thursday from police. Further refuting claims made in the stories online that police bungled the investigation or tried to cover it up, Loebs said the police investigated the incident thoroughly, interviewed everyone who needed to be interviewed and followed proper protocols.

A handful of people from Syria live in Twin Falls County — 11 Syrians were receiving food stamps in the county and eight were on Medicaid in 2015, according to the state’s statistics. However, Jan Reeves, director of the Idaho Office for Refugees, said no Syrian refugees have been resettled in Twin Falls.

“There have been periodic website postings about hundreds of Syrians coming to Idaho that have all proven to be false in the past, and this is probably just one of those attempts to try and stir up hatred and bigotry,” he said.

Loebs said the College of Southern Idaho Refugee Center, which oversees refugee resettlement in the Magic Valley, did not resettle the boys involved and that the program has “absolutely nothing to do with this.”

Last week, residents at a City Council meeting called on city officials to release more information about the incident and questioned whether authorities were covering it up. The story blew up over the weekend when the juveniles were arrested, and differing accounts were widely circulated on conspiracy-oriented blogs such as Dr. Rich Swier, Refugee Resettlement Watch, Creeping Sharia and Info Wars.

People concerned about the incident are expected to speak at this evening’s City Council meeting.

News last year that Syrians fleeing a years-long civil war could be among about 300 refugees to be resettled in Twin Falls this year touched off an anti-refugee movement that sought to close the local resettlement office. Those efforts failed when organizers couldn’t gather enough signatures to put the measure before voters. Critics of the program have raised concerns about security and refugee vetting, but some of the movement’s most prominent members have also tried to frame the debate around religion by frequently making disparaging remarks against Muslims.

“These were all families,” said Reeves, the director of the Idaho Office for Refugees. “They’re now resettled here. They’re moving on with their lives.”

Aren’t you glad you live in Idaho? » « I assumed the future of humanity was worth discussing…