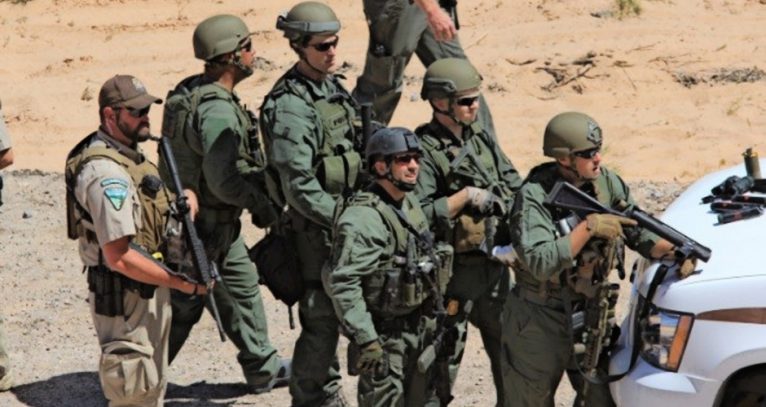 The undeniable perception was that Bureau of Land Management (BLM) agents using dogs, Tasers, armored vehicles, full body armor and automatic weapons to confront a rancher who was delinquent with his grazing fees, constituted a terrifying overreaction.

The office of Utah Congressman, Jason Chaffetz, issued a press release on January 24 announcing his introduction of legislation to restore equality in law-enforcement authority to Western states. The press release reads:

Washington, D.C. – Today, Congressman Jason Chaffetz (R-UT) released the following statement after reintroducing two bills dealing with the 67 percent of the State of Utah that is under federal ownership.

“It’s time to get rid of the BLM and US Forest Service police. If there is a problem your local sheriff is the first and best line of defense. By restoring local control in law enforcement, we enable federal agencies and county sheriffs to each focus on their respective core missions.

“The long overdue disposal of excess federal lands will free up resources for the federal government while providing much-needed opportunities for economic development in struggling rural communities.”

This measure is neither arbitrary nor sudden on the part of Congressman Chaffetz. Utah, and its neighbor to the west, Nevada, have been ground zero for conflicts between federal police forces, local sheriff’s departments, and citizens, some of them deadly. Taking a cue from sheriff’s organizations, ranchers, and others in rural parts of the West, Chaffetz first floated the idea last May. The Federalist Papers quoted Chaffetz:

Utah Rep. Jason Chaffetz is sick and tired of Bureau of Land Management (BLM) agents and Forest Service armed to the teeth. It’s dangerous, unnecessary and sends the wrong message.

“These agents are more Rambo and less Andy Griffith than I would like,” he told the Deseret News Tuesday. So he wants to take away their guns and authority.

“Let’s not kid ourselves. The blood pressure is running high, especially in southern Utah, and I don’t want anyone to get killed,” Chaffetz said, adding his bill has the endorsement of his Utah colleagues in the House.

The Republican lawmaker said he also wants to issue subpoenas to the “out of control” federal agencies to find out why exactly they think they need submachine guns. He said he has asked them repeatedly with no satisfactory response.

“I want to know what kind of arsenal they have. I’m met with blank stares,” he said. “They’re wholly unresponsive. They don’t feel compelled to answer our letters.”

The federal government’s law-enforcement role in local disputes over resources and land has grown increasingly militant over the years. Images from the Bundy Ranch Standoff in Bunkerville, Nevada, in the spring of 2014, imprinted on the minds of millions exactly the ‘Rambo’ tactics Chaffetz referenced. The undeniable perception was that Bureau of Land Management (BLM) agents using dogs, Tasers, armored vehicles, full body armor and automatic weapons to confront a rancher who was delinquent with his grazing fees, constituted a terrifying overreaction.

In 2014, possibly in response to the Bundy Ranch Standoff, the Constitutional Sheriffs and Peace Officers Association drew up a resolution addressing many of the same concerns as the Chaffetz bill. Referring to the 10th Amendment which limits federal power over states and citizens, the resolution reads, in part:

Pursuant to the powers and duties bestowed upon us by our citizens, the undersigned do hereby resolve that any Federal officer, agent, or employee, regardless of supposed congressional authorization, is required to obey and observe limitations consisting of the enumerated powers as detailed within Article 1 Section 8 of the U S Constitution and the Bill Of Rights.

The people of these United States are, and have a right to be, free and independent, and these rights are derived from the “Laws of Nature and Nature’s God.” As such, they must be free from infringements on the right to keep and bear arms, unreasonable searches and seizures, capricious detainments and infringements on every other natural right whether enumerated or not. (9th amendment)

We further reaffirm that “The powers not delegated to the United States by the Constitution, nor prohibited by it to the states, are reserved to the states respectively, or to the people.” (10th amendment)

Furthermore, we maintain that no agency established by the U S Congress can develop its own policies or regulations which supersede the Bill of Rights or the Constitution, nor does the executive branch have the power to make law, overturn law or set aside law.

Although Congressman Chaffetz has never openly encouraged citizens or local or state law-enforcement agents to defy the federal government, his bill would draw a clear line between local and federal authority in law-enforcement, and theoretically end outrageous and dangerous spectacles such as that which erupted over Cliven Bundy’s unpaid grazing fees.

Federal bureaucrats playing Rambo isn’t the only motive behind the Chaffetz bill. As it states in his press release, the measure will result in a net savings of taxpayer money, despite the provision for federal reimbursements to local law-enforcement agencies given jurisdiction over public lands. Enacting a federal hiring freeze was one of President Trump’s first executive acts. With shrinking budgets and limited powers being the new reality for bloated agencies such as BLM and Forest Service, funds for the federal police state may naturally dry up. 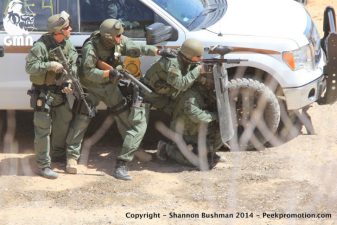 Ready to wage war on Ranchers… 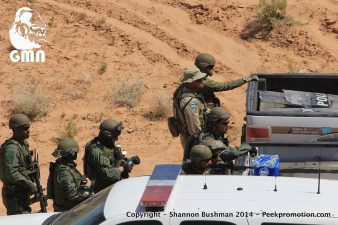 Who will they kill today? 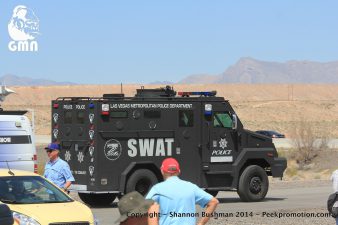 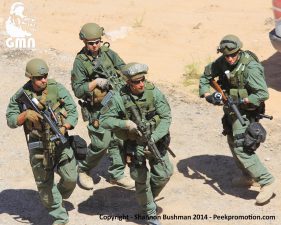 Afghanistan? No, a Nevada ranch.