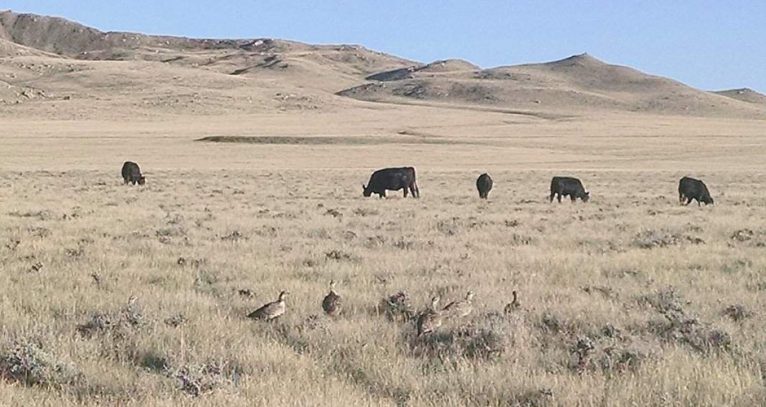 A national livestock industry leader warns proposed changes to the Bureau of Land Management planning process are on the fast track for implementation and threaten public lands grazing.

Ethan Lane, executive director of the Public Lands Council, which represents cattle and sheep ranchers with public lands grazing permits, said senior BLM officials have assured him a final version of the agency’s proposed Planning 2.0 will be released before the current administration leaves office.

“I think it’s incredibly dangerous, and it’s going to take Congress’ full attention to protect the West and Western states from this effort,” Lane said. “The net effect is grazing and any other multiple use on BLM land will be threatened.”

BLM sources couldn’t be reached by press time for comment on the time line for Planning 2.0, which would represent the first update to agency planning rules in about 30 years. The aim, according to BLM literature, is to “revise regulations that implement (the Federal Land Policy and Management Act) to include best practices learned over decades.”

BLM documents insist the changes should improve transparency and public involvement while building trust among stakeholders. Critics, including rural county leaders and industry officials, note the proposed rule shortens public comment periods from 90 days to 60 or 45 days, depending on the stage.

Revised priorities in the draft document remove language requiring an assessment of policy impacts on local economies, replacing it with “impacts of resource management plans on resource, environmental, ecological, social and economic conditions.”

Lane believes the emphasis on the environment would come at the expense of BLM’s current mandate to manage for “multiple use and sustained yield.”

“It’s wholly inappropriate for them to change their mission unilaterally to plan for intangibles like social and environmental change,” Lane said.

Written comments submitted on behalf of several Western counties and organizations, including Custer County, Idaho, and Baker County, Ore., emphasize the changes would remove FLPMA requirements for BLM to make land-use decisions with “meaningful involvement” from state and local governments.

“Every other entity will have the same opportunity as the state and local governments to work with the federal government at the same level,” said Kelly Aberasturi, an Owyhee County, Idaho, commissioner. The county filed separate comments against the proposal. “The decisions are not local anymore.”

Rep. Mike Simpson, R-Idaho, introduced an amendment to the House version of the Interior and Environmental Appropriations Bill requesting implementation of Planning 2.0 be delayed 90 days to gather additional public comment from Western states. Simpson expects Interior funding will be addressed through a continuing resolution that won’t include his language, but he anticipates Congress will ultimately block Planning 2.0.

“A rule of this size and scope needs to be carefully considered with adequate time for local stakeholders to add input,” Simpson said. “I anticipate this rule will be rolled back, along with many other Obama administration regulations that are simply being rushed to the finish line without going through the appropriate process.”