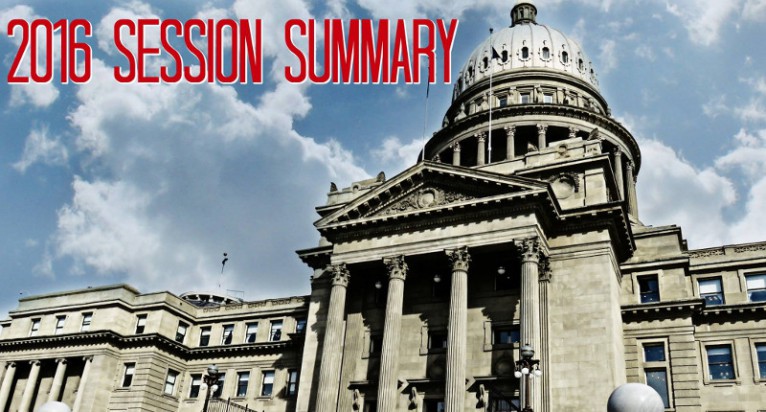 A few things stand out to me about the 2016 legislative session. First, the good stuff:

After a 4 year effort, the right to carry a concealed weapon without a permit is law in Idaho. Local control got bolstered by S1338, which empowers local governments to engage directly with federal agencies when there are problems on federal lands adjacent to areas where the local government has responsibility. Then, a last minute effort to pass Obamacare’s Medicaid expansion… was stopped!

Now, the not-so-good stuff: Government growth out-paced the (likely) rate of economic growth; this means we are taxing more and spending more. And… no tax relief was offered. Not on income tax. Not on grocery tax. Not on Corporate tax. Lastly, there was more legislative action dealing with the ill-fated Idaho Education Network (IEN). It guarantees taxpayers will pay even more due to administrative mismanagement and poor contract award practices.

Although the 63rd legislature employed a tax & spend mentality, it mainly handled social issues in line with traditional conservative values.

2016 is an election year. It’s important we understand who our candidates are, what they believe in, and support the ones that we best align with!