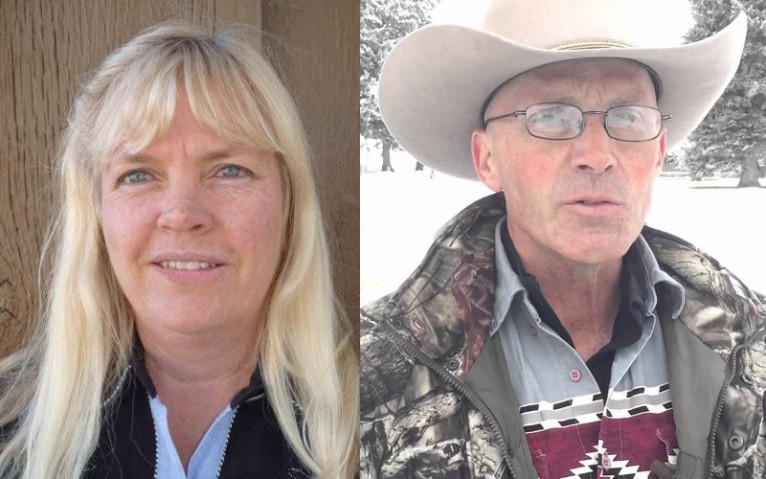 An article on the KTVB website reveals new details about the LaVoy Finicum killing and the events leading up to it. Shawna Cox was one of the people arrested following the killing of Finicum, and she was actually in the vehicle LaVoy was driving. In addition to more information about what really happened to Finicum, she has confirmed suspicions that Mark McConnell, who was driving the vehicle with Ammon Bundy, conspired with law enforcement to set up the protesters.

Cox said she believes without a doubt that McConnell set them up for the arrests by working with the police. Few people knew that the core leadership of the group would be in two specific vehicles headed to John Day for a meeting with the Grant County sheriff, she said.

The police stop was along a section of the remote highway where they lost cellular service, she said – the perfect ambush. She has seen the FBI video of the incident, but claims it does not reveal the truth of what happened.

“Mark set us up. How come he’s out and no one else is?” she said. “He was pushing us to all get together at the same time. They [the police] knew. They knew.”

Shawna Cox also denied the FBI’s claim that Finicum reached into a pocket for a gun. She said his hands were up when he was shot multiple times.

Finicum jumped out of the truck, she said. He tried to tell police they were on the way to see the sheriff of Grant County and also said, “Go ahead and shoot me.”

He had his hands up, Cox said, and was shot in the leg. He was then hit by a sniper about 50 feet away with a rifle. He was hit with gunfire after he was down and dead.

Cox said he never reached for an inside pocket in his jacket, which appears to happen on the video.

“He had a pistol on his hip, why in the hell would he reach inside a pocket?” she said of Finicum.

Shawna Cox’s eyewitness account of these events confirms that the government lied, and that LaVoy was indeed murdered as many of his supporters have suspected.  The real question now is how do we hold the murderers accountable for the innocent life they cut short?