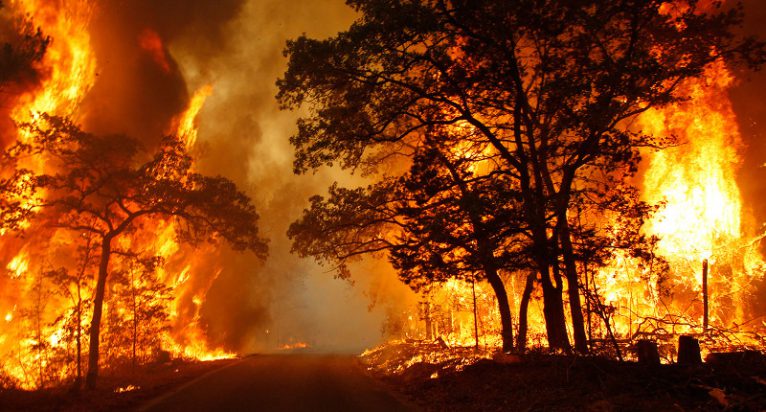 The solution to the West’s wildfire crisis is simple

Nearly a dozen years ago, Thomas M. Bonnicksen, a historian of North American forests and originator of the concept of restoration forestry, offered a simple solution to the West’s wildfire crisis.

We must restore our forests to their historic fire-resistant condition. Historically, about 63 percent of our forests were resistant to catastrophic fire. Now, most of our forests are overgrown and pose a serious wildfire threat. National forests are in the worst condition with over two-thirds of the area ready to burn; that is about 132 million acres.

This strategy is still just as viable—and perhaps even more necessary—today.

The full article by Thomas M. Bonnicksen is below:

As Floridians recover from Hurricanes Charley, Frances and Ivan, millions of other people around the country, particularly the West, hope that another kind of disaster doesn’t hit their community: catastrophic wildfires.

Charley slammed into Florida on Friday the 13th of August, leaving a six-mile wide path of death and destruction. At least 25 people died and over 12,000 homes were destroyed. Many times that number of homes were severely damaged. Frances made it worse, and Ivan was even more devastating.

My wife and I just moved to Orlando to be near our grandchildren. Retiring and moving to a new state is exciting. Two hurricanes hitting our home in one month made it memorable. We count ourselves lucky to have lived through Charley and Frances with minimal damage.

Last fall, catastrophic wildfires in Southern California took the lives of 24 people and destroyed more than 3,600 homes. Unlike hurricanes, these wildfires were almost entirely avoidable.

We know where wildfires will happen, and where they will cause the most damage. We only have to look for the thickest, most overgrown forests. It takes a lot of fuel to make a catastrophic wildfire. Otherwise, it is not a question of if the forest will burn, it is only when.

Since 2000, we’ve lost 23.8 million acres of forest nationwide to unnatural and destructive wildfires.

What makes this so tragic is that it is unnecessary.

We have neglected our forests too long. Most of our forests have at least 10 times as many trees as they had just a century ago. Where 50 or 60 trees stood on an acre a century ago, today 500 to sometimes thousands of trees are packed into the same area.

The answer to the wildfire crisis is simple. We must restore our forests to their historic fire-resistant condition. Historically, about 63 percent of our forests were resistant to catastrophic fire. Now, most of our forests are overgrown and pose a serious wildfire threat. National forests are in the worst condition with over two-thirds of the area ready to burn; that is about 132 million acres.

Professional foresters throughout the country have been stymied for too long in their efforts to properly manage federal forestland. Activist groups work to prevent thinning and harvesting trees based on the misguided notion that our forests should be left alone and that overgrown forests and catastrophic fires are natural. They are not natural.

Now, some of these same activists even claim that “fuel buildup” doesn’t increase “fire severity.” In other words, the thicker and older a forest becomes the less likely it is to burn in a catastrophic fire. Science and history say otherwise.

This callous disregard for the truth and the safety of our fellow citizens must end. The stakes are too high. We cannot sit by and watch more and more of our forests, homes and people’s lives be destroyed by preventable wildfires.

It is time to stop the carnage. Community, state and federal leaders have made progress. But they haven’t done enough. Too little money, too little action and too many excuses allow the wildfire crisis to grow worse. We must work together to prevent wildfires by thinning our forests and reducing this fuel.

We cannot prevent hurricanes, but we can solve the wildfire crisis.