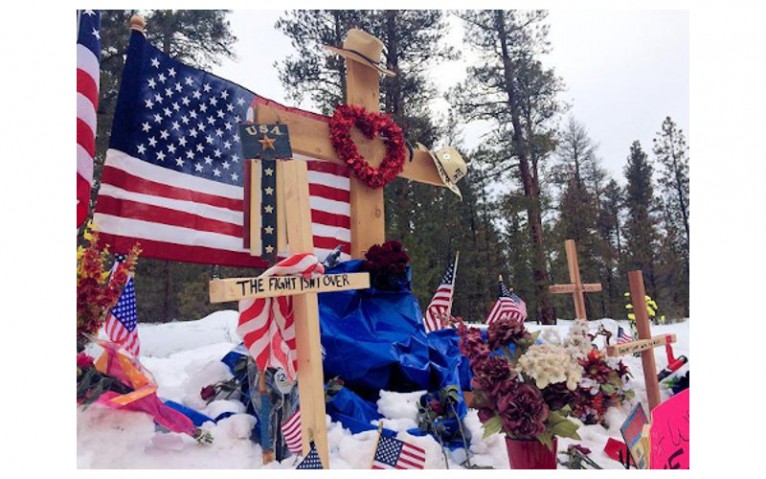 Statement from the LaVoy Finicum Family

The following statement has been released by the family of LaVoy Finicum. We have included the first few paragraphs and have attached the full statement in a pdf document embedded below. You can download the full document HERE. Funeral services for LaVoy Finicum will be held Friday, February 5 in Kanab, Utah, according to the statement.

We know that there are always at least two sides to every story. We also know and recognize that the FBI and law enforcement agencies involved will do everything in their power to make it appear as if the needless death of our husband, father, grandfather, brother and son, LaVoy Finicum, was justified.

The first observation is that from what we understand, the occupation was on track toward a peaceful resolution. LaVoy and those he was with were en route to a public meeting in an adjoining county when they were stopped in something far different than a “routine traffic stop,” as has been portrayed by the media. Unfortunately, the powers that be were not interested in being patient enough for the occupation to come to a peaceful end. Some had called for LaVoy and those he was with to simply be gunned down, just as he was, with no due process. Oregon Governor, Kate Brown, was putting pressure on the FBI to end it sooner rather than later. The Harney County Sheriff’s Department working in conjunction with the FBI tried to do everything they could to emphasize how disruptive the occupation was to the local community, when in reality it appears to have been their own reaction that was causing most of the disruption. And it was the FBI that chose to escalate the situation to force a confrontation, and violent ending.

Please see the attached document for the rest of the statement.