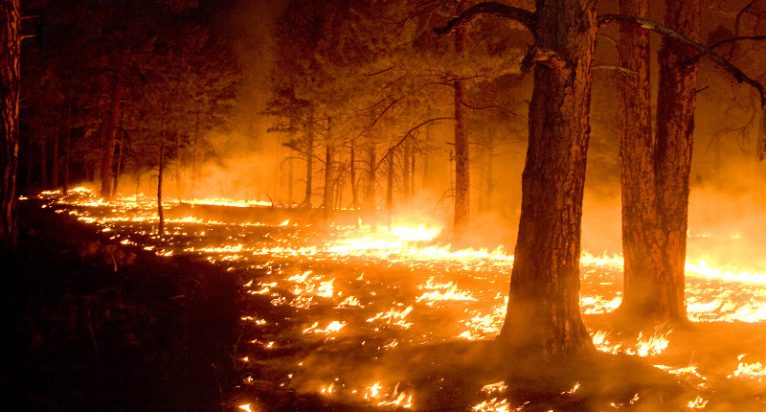 A new study out of a Welsh university found there’s been no increase in “area burned or in fire severity for many regions of the world,” despite predictions global warming would cause more severe wildfires as temperatures rise.

In fact, researchers found “increasing evidence that there is overall less fire in the landscape today than there has been centuries ago.”

“Yet many consider wildfire as an accelerating problem, with widely held perceptions both in the media and scientific papers of increasing fire occurrence, severity and resulting losses,” Drs. Stefan Doerr and Cristina Santin of Swansea University in Wales, wrote in their study.

“However, important exceptions aside, the quantitative evidence available does not support these perceived overall trends,” they wrote.

The study comes as Canadian firefighters continue to put out a massive blaze in Alberta. For weeks, firefighters have been stamping out the Alberta fire, which forced 90,000 people out of their homes in Fort McMurray.

The fire’s consumed little over 2,000 square miles and shut down about half of the region’s oil production. People can expect to return to their homes in June depending on air quality and other factors.

“One thing that is certain is that this fire has a clear link to climate change,” he wrote. “Canada’s northern forests have been burning more frequently over recent decades as temperatures there are rising at twice the rate of the global average.”

The New Yorker’s Elizabeth Kolbert wrote “it’s tough to pin any particular disaster on climate change, in the case of Fort McMurray the link is pretty compelling.”

“In Canada, and also in the United States and much of the rest of the world, higher temperatures have been extending the wildfire season,” she wrote. “Last year, wildfires consumed ten million acres in the U.S., which was the largest area of any year on record.”

Not everyone agreed. Holthaus and Kolbert were countered by Blair King, an environmental scientist, who wrote in The Huffington Post that activists “do not appear to understand that El Nino, not climate change, is responsible for the warm, dry winter.”

“Bad information makes for bad decisions, and attributing the forest fire to climate change would mean advancing bad information over good,” he wrote.

What’s more is Fort McMurray sits in a boreal forest — a fire-reliant ecosystem. Fire suppression techniques have allowed lots of trees to grow old, making them much more susceptible to burning and leaving lots of fuel for future fires.

“Essentially the report acknowledged that the trees surrounding Fort McMurray are hard-wired for fire and if they are not managed properly then these types of catastrophic fires will become more common,” King wrote.

“The warming climate, which is predicted to result in more severe fire weather in many regions of the globe in this century, will probably contribute further to both perceived and actual risks to lives, health and infrastructure,” researchers wrote. “Therefore the need for human societies to coexist with fire will continue, and may increase in the future.”