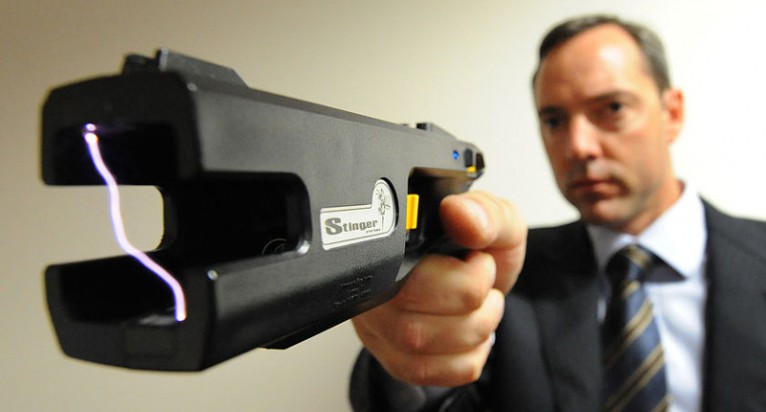 The Obama administration’s quest for stricter gun restrictions was dealt a blow Monday with the Supreme Court’s decision that Massachusetts’ ban on stun guns violated the constitutional rights of individuals to bear arms.

The U.S Supreme Court Monday wiped out a Massachusetts court ruling that had upheld the conviction of a Massachusetts woman who carried a stun gun for protection from an abusive former boyfriend.

The ruling cast doubt over a handful of state bans on possessing Tasers and other kinds of stun guns.

Jaime Caetano argued that the state’s ban on allowing individuals to possess stun guns violated her Second Amendment right to carry a weapon for self defense.

She was arrested in Ashland, Massachusetts in 2011 after police officers, investigating a supermarket’s complaint about possible shoplifting, found the weapon in her purse. She told them she needed it to fend off a former boyfriend who was abusive.

A Massachusetts law bans possession of the weapons by all but police officers. The state supreme court upheld her conviction, ruling that Tasers were not the kind of weapons the founders meant the Second Amendment to cover.

But in an unsigned opinion, the U.S. Supreme Court Monday vacated that ruling. It said the Massachusetts court improperly found that Second Amendment protection applies only to weapons that were in common use at the time of the nation’s founding.

Referring to its landmark 2008 ruling on handguns in the home, the justices said the Second Amendment applies “to all instruments that constitute bearable arms,” even those not in existence at the time of the founding.

Perhaps the most surprising thing is that Monday’s ruling came without Justice Antonin Scalia, widely considered the court’s most outspoken defender of gun rights.