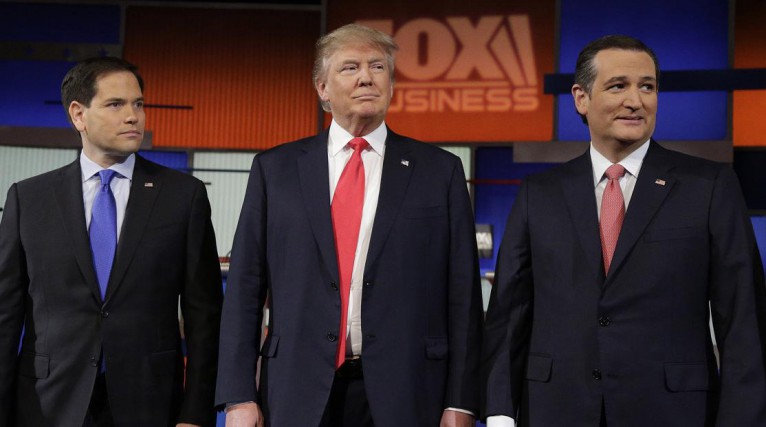 Perhaps no issue is more important in 2016 than the fate of the hundreds of millions of acres of western land claimed by the federal government. Highlighted again and again in recent years with the Bundy standoff of 2014, the unrelenting persecution of the Hammonds, and the murder of LaVoy Finicum during the Malheur National Wildlife Refuge protest, the call for the transfer of public lands to the states is growing louder by the day.

It is perhaps unsurprising that such an important issue has merited consideration by presidential candidates, but the range of opinions may indeed surprise you. Democrats have largely avoided the issue, but several Republican candidates have taken a stand. Unfortunately, at least one of them doesn’t appear to see the issue too clearly.

The following comments were made by the five Republican Presidential candidates still in the race on the issue of the federal government transferring public lands to the states.

I don’t like the idea because I want to keep the lands great, and you don’t know what the state is going to do. I mean, are they going to sell if they get into a little bit of trouble? And I don’t think it’s something that should be sold.

I most certainly believe that the federal government controls far too much land in the Western parts of the United States especially. The state of Nevada is an example — it’s almost entirely owned by the federal government. And it goes well beyond the legitimate need of land ownership for defense purposes, for example.

I would advocate returning land to the states. It’s not like they’re irresponsible people who don’t care what happens.

The federal government owns over 86 percent of the land in Nevada. John Kasich says this land should be your land. Kasich’s plan: move the power, money, and influence out of Washington, and return it to Carson City, so state and local leaders can be held accountable for the decisions they make. John Kasich wants Nevadans, not Washington bureaucrats, to manage the land.

Only Sen. Cruz and Dr. Carson have said unequivocally that they support transferring federal public lands to the states. Sen. Rubio and Gov. Kasich have criticized the federal government’s control of so much western land, but have stopped short of fully endorsing its transfer to the states.

Rob Nichols, a spokesman for the Kasich campaign, said that “Kasich would be very open to these discussions with interested states and believes that the federal government needs to work more closely and constructively when it makes decisions about land management that impact state and local governments.” This (along with the quote from Kasich’s radio ad in Nevada above) indicate an interest in possibly transferring some management authority to the states, but not a full transfer of title.

Even as he criticized the federal government for controlling too much western land, Sen. Rubio also condemned those who were occupying the Malheur National Wildlife Refuge as “lawless,” and urged them to “lay down their arms and go home.” The closest thing you’ll find on Rubio’s campaign website to discussing the issue is under “Energy” where he says he wants to “empower states and tribes to control onshore energy development within their borders.” It’s a start, but he needs to be far more definitive on the issue.

Ted Cruz, on the other hand, has a page on his website called “return federal land” promising that “as President, Ted Cruz will put an end to Obama’s power-hungry tactics and return federal lands to Nevadans.” He also has a video ad on the subject.

There are five candidates left vying for the Republican presidential nomination, and if the transfer of public lands is at the top of your list of important political issues, the field is even narrower than that.