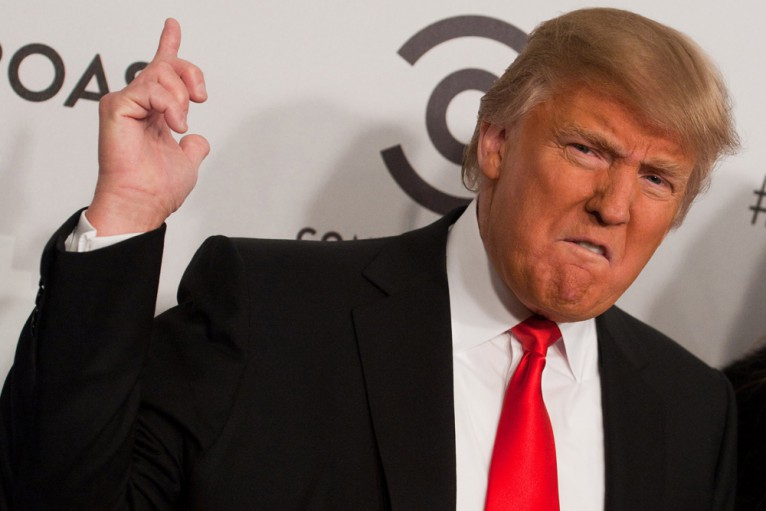 Donald Trump has shot to the top of Republican presidential polls on the strength of his celebrity and his bombastic talk.

Elites on all sides of the political spectrum — liberals, conservatives, and libertarians — are horrified by his ranting about Mexican “rapists.” And he may have shot himself in the foot with his comments about Senator John McCain. But his poll numbers are still up there.

Some voters like his tough talk about illegal immigration. But I think more just prefer businessmen to politicians. Nineteen percent voted for billionaire Ross Perot in 1992, against George Bush and Bill Clinton, even after Perot temporarily withdrew from the race on the very odd grounds that the Bush campaign was trying to disrupt his daughter’s wedding.

Voters sense that businesspeople deal in reality, not rhetoric. They get things done. That’s why there’s always a yearning from someone from outside politics to come in and clean up government.

The website ThinkProgress talked to three Trump voters at the Family Leadership Summit in Iowa, all of whom emphasized that point. “I just think we need a business man to run the country like a business,” Jim Nelle, a small business owner from Winterset, Iowa, said. David Brown, a farmer and investor from New Virginia, Iowa, noted, “We’re not broke, we’re $19 trillion past broke and I believe that he has the business acumen and wisdom to bring the nation back.” And Bill Raine of New Hampton put it simply: “He’s a businessman, he’s not a politician.”

Unfortunately, just because a businessman understands making deals and building hotels doesn’t mean he understands economics. Trump is definitely an example of that.

What he’s really offering is a mixture of nationalism and protectionist economics along with the promise that he’s the guy, the man on a white horse, who can ride into Washington and fix the mess. He dismisses politicians, other candidates, and American negotiators as “stupid people,” “incompetent people,” and “losers.” He boasts of his wealth and promises that he would “kick [the] ass” of El Chapo, the Mexican drug cartel leader who escaped from prison.

Look at his major issues. He’s been barnstorming the country talking about crime by Mexican immigrants, starting with his claim in his announcement speech that “they’re bringing drugs, they’re bringing crime, they’re rapists.” But there’s no evidence for this. Immigrants are about half as likely to be incarcerated as native-born Americans (men aged 18-39 in both cases), and as the number of legal and illegal immigrants rose in the United States between 1990 and 2010, the rates of violent and property crime fell.

You’d think Mr. Trump would be more sympathetic to immigration. His mother was born in Scotland. His grandfather Trump was born in Germany. His first wife Ivana was born in Czechoslovakia, his current wife Melania was born in Yugoslavia. A genealogist writes on About.com, “Donald Trump epitomizes the American immigrant experience.”

Mr. Trump also doesn’t much like free trade. He regularly rails that “China is taking all our jobs.” He laments that we have “thousands of cars, millions of cars coming in…They send cars, we send corn.” Which actually sounds like a pretty good trade.

At his recent FreedomFest speech he complained about call centers in India, asking, “How can it be that far away and they save money?”

No real businessman would ask such a question. If it weren’t cheaper, businesses wouldn’t do it. Labor is expensive in the United States, cheaper in India and China. So jobs that can be done in cheaper locations are done there, and Americans move into higher-value, higher-paying jobs. The average American wage is now $25 per hour. Employees in Indian call centers make about $2 per hour, a good wage in India but not one that many Americans are looking for.

Mr. Trump doesn’t draw on economics to defend his trade position. It’s all about him, the Donald, just being richer and smarter than the politicians: “Free trade is terrible. Free trade can be wonderful if you have smart people. But we have stupid people. Our trade deals have been made by incompetent people.” He, on the other hand, will “make great trade deals.” But deals have to be good for both sides. He knows that when he builds a building. But he wants voters to believe that he can just bludgeon China or Japan into … what? Not sending us cars? Not letting us outsource low-value labor to low-cost workers? He’d be hard-pressed to find any professional economist, Democrat or Republican, to serve in an administration based on such nonsense.

This “all about me” approach extends to most issues. The deficit? He’s promised to end the corporate income tax, cut individual taxes, and cut spending — but without cutting the biggest programs. How will that work? “I am going to save Social Security without any cuts. I know where to get the money from. Nobody else does.”

I could get behind the idea of a businessman instead of a politician. But not this businessman, who offers only insults, secret plans, and a promise to kick everybody else’s ass.

Why Donald Trump is bad for America (and no, it’s not his hair) » « Like us on Facebook