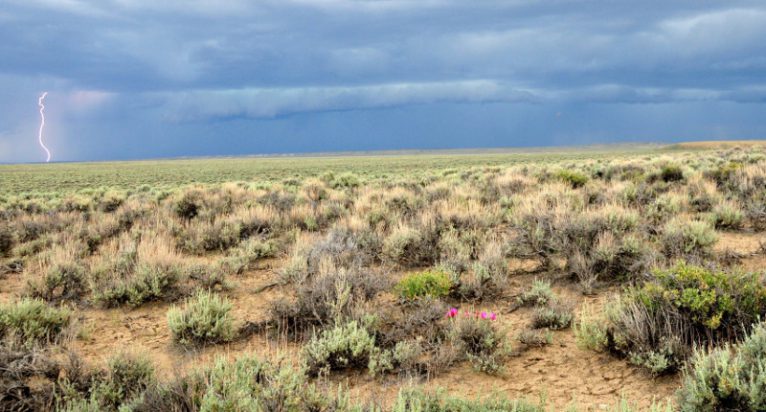 It is near impossible trying to narrow down the exact United Nations (UN) version of ecosystem management as the information is a conglomeration of different booklets, articles, and ideas with multiple UN organizations that go on, and on, and on. When tying in the federal government it gets even more complex. So, ecosystems will be taken one subject at a time.

In 2015 Secretary of the Interior, Sally Jewell, came up with this brilliant plan to “restore and protect” sagebrush, the Comprehensive Rangeland Fire Strategy to Restore & Protect Sagebrush Lands. One more joke of an idea. Following this announcement came the Soda Fire which destroyed more than just land, it destroyed species, habitat and private property as well. Now that the UN and federal government have joined hands for ecosystem management, to “control or direct human practices, species populations, and physical environment” as a means to protect ecosystems, sagebrush becomes a specific target because it is an ecosystem link with sage grouse habitat and other native species or grasses. Jewell states, “The plan’s landscape-scale approach emphasizes sustainability of entire ecosystems…”, while “addressing the spread of cheatgrass.” This endeavor intends to “…conserve and protect sagebrush habitat…”.

Now it is always interesting to note references of support from individuals for these obtuse plans, in this case ranchers. Jewell should be challenged on this claim, to identify just who those “ranchers” are that support her land destruction policies. The Idaho Cattle Lobby certainly doesn’t agree with her.

One group was identified, the Idaho Rangeland Fire Protection Associations, where ranchers form groups to assist with firefighting efforts throughout the state. As important, and far more trustworthy as these ranchers are for protecting Idaho lands, would it not be more wise to let them engage in land practices that prevent fires in the first place? In spite of the years of knowledge these ranchers possess, the Bureau of Land Management (BLM) thinks these Idahoans are not competent enough to manage a fire without their blessing. How dare they pass judgement on an Idaho rancher. The claim of “Ranchers backing Jewell’s order…” seems farfetched, it is more suspicious that these groups formed to protect the land from the BLM.

Oregon ranchers videotaped evidence of BLM officials using fire management to destroy land, private property, and animals near Frenchglen, Harney County. These ranchers were helpless to intervene for fear of arrest. Who in their right mind deliberately destroys all of this? Any BLM official reading this is invited to respond on the reasoning for this action.

In Jewell’s grand scheme cheatgrass is a targeted ecosystem component because it tends to take over other native species and contributes to fire loads. Once again grazing is targeted as one cause. The BLM generalizes cheatgrass overgrowth to “disturbed” land which can encompass humans, recreational users, or any other reason to keep our land free from our use.

Claims of now using a “science-based” approach is laughable, and just where is the science coming from? By Jewell’s own admission, “Many fire rehabilitation efforts have failed in previous decades because federal officials planted the wrong species of the similar-looking sagebrush.” Shocker, the feds screwed it up. The Society of Range Management has an interesting article on cheatgrass and grazing in Nevada going back to the 1940’s. It was determined that cows and sheep prefer cheatgrass. If cattle were allowed to graze cheatgrass in the spring there was secondary damage to other desired native plants but it also reduced the fire load during the summer. However, “Native perennial grasses can be grazed in the spring, but not repeatedly every year, or excessively in any one year, and the grasses must be given a chance to recover.” The article also noted that “…grazing management to reduce cheatgrass as a fuel for wildfires has to include late spring grazing in years with enough soil moisture for abundant tiller growth.” In addition, if grazing cheatgrass in the fall is allowed during seed proliferation there is less growth of cheatgrass.

Jewell’s botched restoration plan for native plant species is to “solve that problem by using local seeds or seeds from the correct species found at similar elevations and growing conditions.” Hello? According to the Nevada article, “No one has been consistently successful with large-scale artificial seedings of native perennial grasses in the face of competition from cheatgrass.” However, using herbicide and tillage with cheatgrass competition in 1942 and the 1950’s and 60’s succeeded in establishing wheatgrass. Maybe this article should be sent to Jewell for “proven” science rather than science out of the UN.

“If ranchers and land managers are going to graze cheat-grass, they must have the flexibility to adjust existing grazing systems to fit the actual forage production on a given year without the expensive and time-consuming preparation of a new Environmental Assessment.” A “rest–rotation grazing system” is needed as an asset to address cheatgrass issues. “On Federally managed rangelands the wheels of bureaucracy often have difficulty with changing grazing management systems to fit the exceptional years for cheatgrass production.” No, they and the UN really want the land destroyed as an excuse to restore it, control it, and keep us from using it.

“There have been some reports and articles written up about the potential for reducing catastrophic fires with grazing. There is a lot of opposition against this kind of project, however, from environmental groups. It goes against their philosophy of land management. They don’t want to acknowledge a beneficial use for cattle or this would negate their whole strategy and agenda for removing cattle from public land” (pg 5). Most of these environmental groups are UN non-governmental organizations.

How about putting goats out there, they like cheatgrass? Oh wait, no, let’s create a National Sagebrush Ecosystem Conservation Area instead!!! This meets the UN Convention on Biological Diversity (CBD) strategic plan using the Aichi Biodiversity Strategic Goal C, “To improve the status of biodiversity by safeguarding ecosystems…”, Target 12 “…the extinction of known threatened species has been prevented and their conservation status has been improved and maintained.” Of course, to be accomplished by 2020.

The BLM is proud to use the UN tool “rapid ecoregional assessment” and recognizes the CBD on page 1 of their booklet about the snake river plain.

This is just the beginning of using ecosystem management as an excuse to steal more land from Americans, ban land use, push landowners into cities, and continue destructive land management practices.

Oh no, we can’t have any solution that has already been practiced, it has to all be about control of the land in a manner that is the most destructive to all habitat, species, and the land itself. What does Jewell or any other previous Secretary know about managing a piece of land? At some point it will be the luxury of those who control the land to enjoy and use it, and no one else.

Let Idaho ranchers take over and kick the UN and their BLM buddies out.

Read more on the subject: