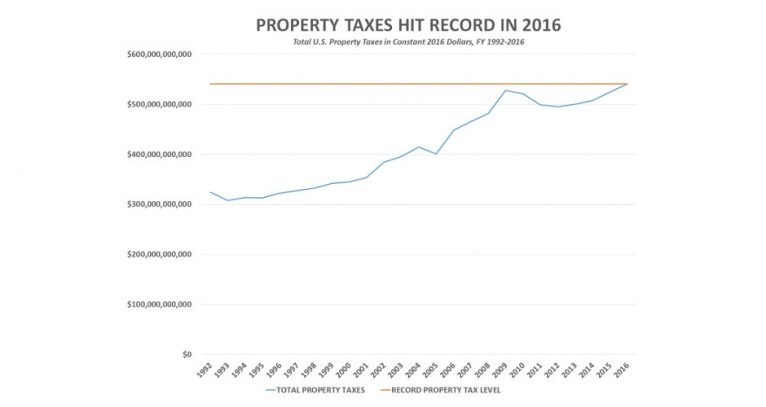 Are we living under capitalism or feudalism? It’s rather difficult to say when more than half a trillion dollars is extracted from the American people annually through property taxes just to keep what’s theirs.

The nationwide state and local property tax receipts for fiscal 2016 were released last week with the Census Bureau’s “Quarterly Summary of State and Local Government Tax Revenue for 2016: Q4.“

You can read the rest of the article here.

Never Leave Home Without Putting a Coin in your Freezer » « Ken Andrus: Transfer of federal land to state control