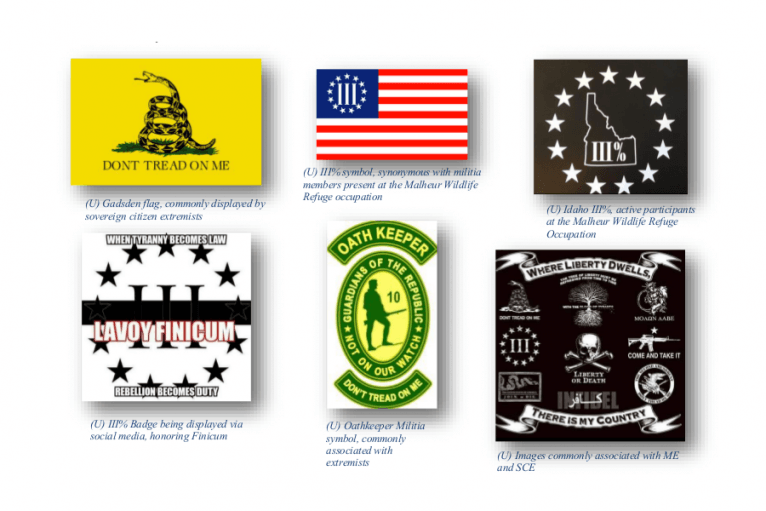 Reason reports that the federal “fusion center” in Utah (officially called the “Utah Statewide Information and Analysis Center”) sent out a bulletin last week warning cops to watch out for ‘Don’t Tread on Me’ flags, Oath Keepers logos, and III% symbols. It called them “visual indicators of these potential extremist and disaffected individuals.”

The bulletin went on to describe the people that federal agents believed might be traveling to attend LaVoy Finicum’s funeral in Utah.

Caravans of individuals traveling to the funeral services may be comprised of one or more armed extremists. Law enforcement should remain vigilant and aware that confrontation with these potentially volatile persons, may include more than one individual. These individuals may adhere to a sovereign citizen ideology, and may not recognize law enforcement as a legitimate authority.

Apparently, the feds now consider patriots, Oath Keepers, and Three Percenters to be “potentially volatile” “armed extremists.” It’s rather ironic when you consider that it was armed feds who murdered LaVoy Finicum even as the patriots the feds ambushed stood down.

The full bulletin issued by the Utah Statewide Information and Analysis Center is below. Click HERE to download or print a copy.