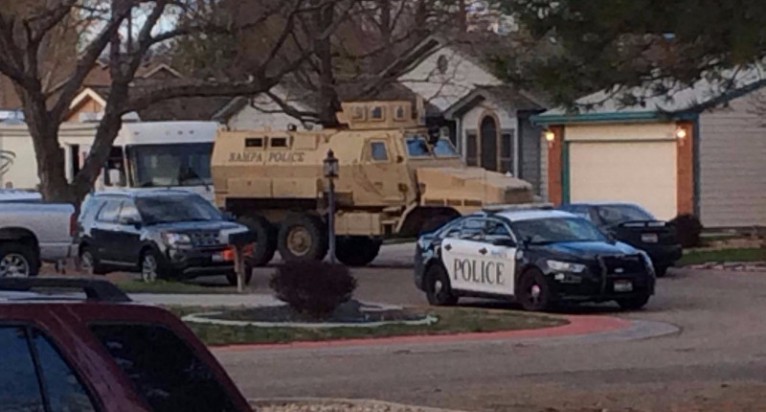 The War on Drugs comes to Nampa, Idaho… with an MRAP

Four young people between the ages of 19 and 24 were arrested on a variety of drug charges in Nampa, Idaho, after the cops brought out their MRAP Thursday.

Local police departments around the nation have acquired hundreds of Mine-Resistant Ambush Protected vehicles or “MRAPs” which are now regularly deployed to perpetuate the failed War on Drugs and other dubious enforcement efforts.

How much better off would we be if we followed the wise advice of Ron Paul on this issue?

[T]he best way to fight violent drug cartels would be to pull the rug out from under their profits by bringing these transactions out into the sunlight. People who, unwisely, buy drugs would hardly opt for the back alley criminal dealer as a source, if a coffeehouse-style dispensary was an option. Moreover, a law-abiding dispensary is likely to check IDs and refuse sale to minors, as bars and ABC stores tend to do very diligently. Think of all the time and resources law enforcement could save if they could instead focus on violent crimes, instead of this impossible nanny-state mandate of saving people from themselves!

Instead of militarizing the police to enforce the federal government’s failed efforts toward drug prohibition, we should all strive for smaller government, less intrusive laws, and localized policing that focuses on solving actual crimes rather than arresting people for victimless actions.