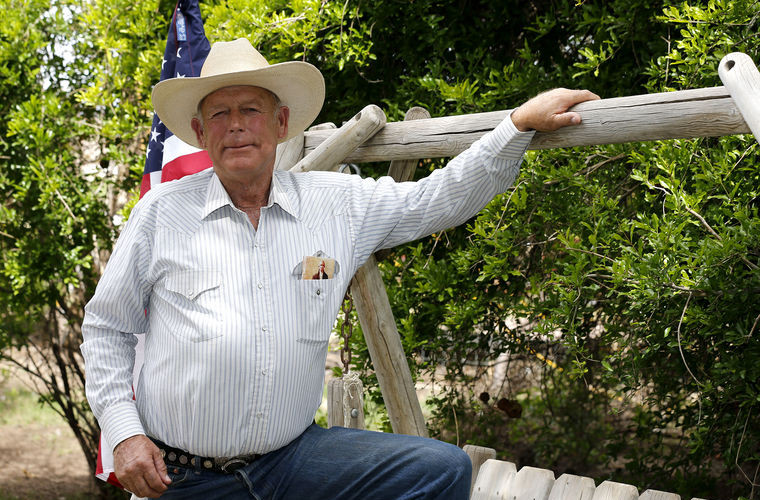 War on the West: Cliven Bundy arrested by FBI in Portland, Oregon

Cliven Bundy, the Nevada rancher and patriot who in 2014 sparked an armed protest against federal tyranny, land seizure, and cattle butchery, was arrested Wednesday, as he arrived in Portland, Oregon.  He was planning to go to Burns, Oregon, where his sons and others had been ambushed, shot, and arrested by federal enforcers two weeks before.

Bundy, 74, was booked into the downtown Multnomah County jail at 10:54 p.m. He faces a conspiracy charge to interfere with a federal officer — the same charge lodged against two of his sons, Ammon and Ryan, for their role in the Jan. 2 takeover of the Malheur National Wildlife Refuge in Burns. He also faces weapons charges.

It is quite obvious at this point that the strategy of the feds is simply to kill or imprison anyone who dares challenge their armed occupation and subjugation of the West. Ranchers in particular are being targeted as the feds move to seize every bit of rangeland and to control all the waterways throughout the Western states.

The FBI and BLM are patrolling the West in armored vehicles and MRAPs, and are arresting on spurious charges anyone who dares to take defensive action against them. We are under attack; most people just don’t realize it yet.

Patriots surrender to FBI, all arrested in Oregon » « 2016 Rally for Constitutional Carry