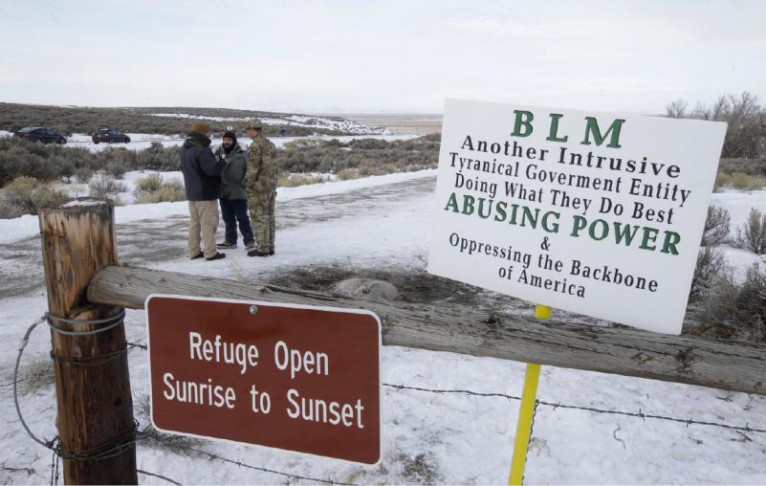 The Washington Post headline is “Killing of an Oregon wildlife refuge occupier has re-energized protesters.” The AP is reporting that “Armed group in Oregon ranch standoff calls on others to join them.” The headlines serve to underscore the message that the efforts to dislodge the federal occupation of the West are just getting started.

The tragic death of LaVoy Finicum only serves to remind everyone involved that this truly is a life or death situation. The mistreatment of the Hammonds and the underlying  problems with the BLM are well documented and have even been explained in detail by Finicum himself.

Many things are happening in response to this heartbreaking occurrence, and we want to provide you with every opportunity to show your support for LaVoy Finicum and the many other casualties of the war the feds are waging against the West.

We have a Petition for Redress of Grievances from Friends Of a Constitutional United States (FOCUS) available for you to sign and share. We have an Official Call to Action from the Pacific Patriots Network calling on “any and all Americans to PEACEFULLY assemble within Burns, Oregon immediately.”

We also have information regarding a Rally to be held on the Idaho Statehouse steps in honor and remembrance of LaVoy Finicum. It will be held on Saturday, February 6th at noon.

Finally, if you are on Facebook, we strongly encourage you to “Like” our Page so that you receive our updates, and we also ask that you please share our content to help spread the news about liberty and freedom in Idaho and around the West. We have some great graphics to share including one regarding federal occupation of western lands and one which is a tribute to LaVoy Finicum.

If you would be willing to donate a few dollars to Idahoans for Liberty to help us continue our efforts to spread the truth about freedom, liberty, and the federal government’s continued occupation of the West, we would very much appreciate your generosity.

42% of Democrats in Fed Jobs May Quit if Trump wins the Presidency » « Shocking Truth About the BLM, the Bundys, and the Hammonds